Muslim Music Traditions and Heritage to be Preserved in Abu Dhabi 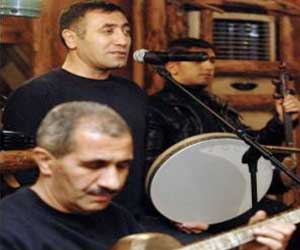 Abu Dhabi has set the lead in preserving the musical heritage of the Muslim world by funding musicologists to search for lullabies and children's songs as its first project.

The Al Ain Centre for Music in the World of Islam seeks to document, digitise and sustain the musical traditions of Muslim countries and Islamic communities anywhere in the world. 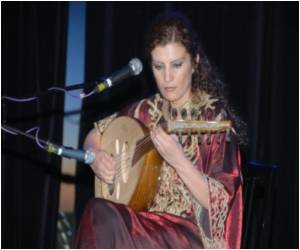 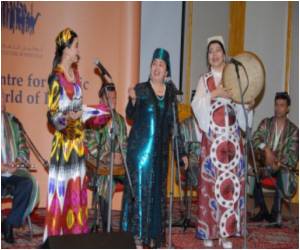 
It also plans to help preserve the music of non-Islamic minorities in Muslim countries.


The institution will "research and document the musical practices, traditions, and heritages of the world of Islam," said Sami al-Masri, the vice-director of the Abu Dhabi Authority for Culture and Heritage, which launched the centre.

It also aims "to acquire items related to musical heritage, such as studies, documents, publications, and ancient musical instruments" in a bid to "save and sustain" this heritage, he added.

By digitising the endangered musical treasures the centre will protect the musical heritage for generations to come, Masri said.

Though music is often regarded as a forbidden art by many Islamic scholars, especially in neighbouring Saudi Arabia, Masri argued that "music is part of the culture of Islamic communities."

The head of projects, Sherif Khaznadar, said that the centre was working to launch a programme on traditional Pakistani music, which is on "the verge of disappearing," and also on Uzbek vocal techniques.

The Syrian-born playwright noted that although "there is no such thing as Islamic music," yet "in all Muslim communities there are music forms, some of which are used in rituals."

The centre, operating from Abu Dhabi until its premises are completed in 2013 in the oasis city of Al Ain, is now working on a project that involves "gathering lullabies and children's songs throughout the world of Islam," Khaznadar said.

He added that it also hopes to preserve musical instruments which are "rapidly disappearing" such as the bouzok, a stringed lute similar to the Greek bouzouki.

Meanwhile, a series of oud (oriental lute) concerts by the Iraqi musician Omar Bashir are being scheduled to revive the traditional "maqam", or modal system used in classical Arab music.

On its list of tasks to revive music created in Muslim lands the centre plans to digitise the recordings of the landmark Arab Music Conference held in Cairo in 1932, making them available to the large public.

The Abu Dhabi-based authority has also made commitments to preserve traditional bedouin music, which is mostly only memorised and therefore risks extinction.

In addition, the centre will keep a record of the music of minorities in Muslim countries, in addition to special programmes dedicated to the musical heritage of Assyrians, Aramaeans and Arab Christians.

In seeking to preserve Islamic musical heritage the centre is trying to build partnerships with other centres around the world to document and save the Islamic heritage.

"It is impossible for one centre to achieve what we are looking forward to," Masri said.

Over the past few years, the oil-rich emirate has been pushing forward plans to establish itself as a regional cultural centre. The United Arab Emirates capital will soon become home to branches of some of the world's most important museums -- The Louvre in Paris and New York's Guggenheim.

Last year it launched the Abu Dhabi Classic FM radio, dedicated to classical Western music and the first of its kind in the region.

The Therapeutic Tabla
In order to spread the benefits of Tabla not only as music but as therapy also, a Tabla player from a region close to Kolkata has started a tabla Academy.
READ MORE

New 'Music Therapy on Wheels' for Pediatric Patients in Hospitals
Scientists have brought forth a new mobile tool to deliver music therapy, and help paediatric patients cope with the fear, isolation and pain associated with being in the hospital.
READ MORE

Music Therapy Improves Overall Well-being of Chronically Ill Patients
Music therapy can serve as a physical and psychological aid to patients coping with advanced illness, according to a new study.
READ MORE