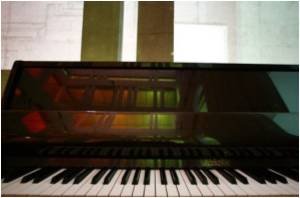 The impact of music on the brain has been a hot topic in science in the past decade. Now Northwestern researchers for the first time have directly examined what happens after children stop playing a musical instrument after only a few years -- a common childhood experience.

Compared to peers with no musical training, adults with one to five years of musical training as children had enhanced brain responses to complex sounds, making them more effective at pulling out the fundamental frequency of the sound signal.


The fundamental frequency, which is the lowest frequency in sound, is crucial for speech and music perception, allowing recognition of sounds in complex and noisy auditory environments.

The brain is the most amazing and complex organ in this universe and has billions of nerve cells called as neurons. Medindia brings to you the top 10 amazing brain facts.
Advertisement
"Thus, musical training as children makes better listeners later in life," said Nina Kraus, the Hugh Knowles Professor of Neurobiology, Physiology and Communication Sciences at Northwestern.

"Based on what we already know about the ways that music helps shape the brain," she said, "the study suggests that short-term music lessons may enhance lifelong listening and learning."

"A Little Goes a Long Way: How the Adult Brain is Shaped by Musical Training in Childhood" will be published in the Aug. 22 edition of the Journal of Neuroscience.

"We help address a question on every parent's mind: 'Will my child benefit if she plays music for a short while but then quits training?'" Kraus said.

Many children engage in group or private music instruction, yet, few continue with formal music classes beyond middle or high school.

But most neuroscientific research has focused on the rare and exceptional music student who has continued an active music practice during college or on the rarer case of a professional musician who has spent a lifetime immersed in music.

"Our research captures a much larger section of the population with implications for educational policy makers and the development of auditory training programs that can generate long-lasting positive outcomes," Kraus said.

For the study, young adults with varying amounts of past musical training were tested by measuring electrical signals from the auditory brainstem in response to eight complex sounds ranging in pitch. Because the brain signal is a faithful representation of the sound signal, researchers are able to observe how key elements of the sound are captured by the nervous system and how these elements might be weakened or strengthened in different people with different experiences and abilities.

Forty-five adults were grouped into three age- and IQ- matched groups based on histories of musical instruction. One group had no musical instruction; another had 1 to 5 years; and the other had to 6 to 11 years. Both musically trained groups began instrumental practice around age 9 years, a common age for in-school musical instruction to begin. As predicted, musical training during childhood led to more robust neural processing of sounds later in life.

"From this earlier research, we infer that a few years of music lessons also confer advantages in how one perceives and attends to sounds in everyday communication situations, such as noisy restaurants or rides on the "L," Kraus said.

A running theme in Kraus' research is "your past shapes your present."

"The way you hear sound today is dictated by the experiences with sound you've had up until today," she said. "This new finding is a clear embodiment of this theme."

In past research, Kraus and her team examined how bilingual upbringing and long-term music lessons affect the auditory brain and how the brain changes after a few weeks of intensive auditory experiences, such as computerized training. Their current research is investigating the impact of socioeconomic hardships on adolescent brain function.

"We hope to use this new finding, in combination with past discoveries, to understand the type of education and remediation strategies, such as music classes and auditory-based training that might be most effective in combating the negative impact of poverty," she said.

By understanding the brain's capacity to change and then maintain these changes, the research can inform the development of effective and long-lasting auditory-based educational and rehabilitative programs.

The human brain is exquisitely intrinsic and is the seat of all emotions. If you are curious about what makes you bad, sad, silly or glad this quiz on the brain will satiate you.
Advertisement
<< Inspiration For More Futuristic and Efficient Solar Power S...
Nanoparticles Boost Internal Injury Survival Rate >>