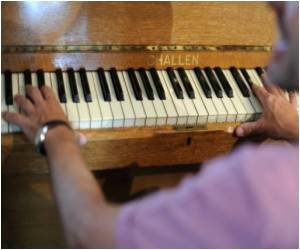 Music has profound impact on humans. A soothing music can reduce stress, enhance relaxation and offer distraction from pain. A new study has found that music can even reduce rejection of heart transplants by influencing the immune system.

The link between the immune system and brain function is not clearly understood, nevertheless music is used clinically to reduce anxiety after heart attack, or to reduce pain and nausea during bone marrow transplantation. There is some evidence that music may act via the parasympathetic nervous system, which regulates the bodily functions that we have no conscious control over, including digestion.

The Future of Heart Transplants in India

Dr. K.M. Cherian who pioneered the first Heart transplant in India talks to Medindia of heart transplants in India, the challenges in cadaver transplant and India's booming medical Tourism.
Advertisement

Researchers from Japan investigated if music could influence the survival of heart transplants in mice. They found that opera and classical music both increased the time before the transplanted organs failed, but single frequency monotones and new age music did not.


The team led by Dr Masanori Niimi pinpointed the source of this protection to the spleen. Dr Uchiyama and Jin revealed, "Opera exposed mice had lower levels of interleukin-2 (IL-2) and interferon gamma (IFN-γ). They also had increased levels of anti-inflammatory IL-4 and IL-10. Significantly these mice had increased numbers of CD4+CD25+ cells, which regulate the peripheral immune response."

Why is organ donation regarded as crisis with a cure? Read more to find out. View slide show on organ donation.
Advertisement
It seems that music really does influence the immune system - although the mechanism behind this still is not clear. Additionally, this study only looked at a limited selection of composers, so the effect of music on reducing organ rejection may not be limited to opera.

Organ Donor Awareness Week  2011- Your Chance to Save Many Lives

What is the idea behind music as a healing therapy? The position of Indian classical music in this genre of healing, though proven through the ages, has not been written about as much as it ought to.
Advertisement
News A-Z
A B C D E F G H I J K L M N O P Q R S T U V W X Y Z
What's New on Medindia