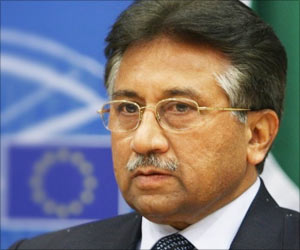 It has emerged that a three-member team of doctors have advised former Pakistan president Pervez Musharraf to undergo an angiography.

The suggestion from the doctors was made after studying the medical reports of Musharraf.

Special arrangements, including the setting up of a separate ward to conduct backbones tests of Musharraf, were made at the PNS Shifa hospital in Karachi.


According to Dawn News, Musharraf is expected to be admitted at PNS Shifa.

The port city has been on high alert since the arrival of the former military dictator in a chartered airplane yesterday, with roads being cordoned off for security, the report added.

Diet from Crete for Healthy Heart
Mediterranean diets, special attention has been given to the traditional Greek Cretan diet. It ......