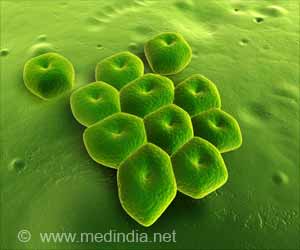 Acinetobacter baumannii, a gram-negative bacteria may cause severe infections in children. The effect of antibiotics such as cephalosporin and carbapenem were examined to treat A. baumannii infection in children.

In the first national study of the prevalence of antibiotic-resistant Acinetobacter baumannii infections in children across the US, researchers from Center for Disease Dynamics, Economics, & Policy (CDDEP) in Washington, DC and Rush University in Chicago, IL examined national and regional trends of antibiotic resistance in clinical specimens over a 13-year period.

While there was an overall increase between 1999 and 2012 in the proportion of isolates of A. baumannii that were resistant to cephalosporin and carbapenem, the authors noted a slight decline after a peak in 2008.


The decrease may be attributable to a combination of antibiotic stewardship guidelines released in 2007 and infection control guidance specifically designed to combat multi-drug resistant A. baumannii in healthcare settings.
Advertisement
Infections caused by drug-susceptible A. baumannii are difficult to treat and the emergence of resistance has made treatment even more challenging. Highly resistant A. baumannii infections are increasingly being reported worldwide.

"Acinetobacter are bacteria known to cause serious infections that are notoriously difficult to treat because of growing antibiotic resistance," according to Dr. Latania K. Logan of Rush University Medical Center.

"The bacteria survive for long periods in the environment. Further studies are needed to assess the most effective prevention strategies in children, who are particularly vulnerable to A. baumannii."

"It is encouraging to see a downtrend after 2008, but we need to continue to monitor resistance trends," said study co-author Dr. Sumanth Gandra of CDDEP. "The lack of new drugs to treat Acinetobacter remains a concern," he said.