MRI Scans may be Useful in Diagnosing Chronic Traumatic Encephalopathy 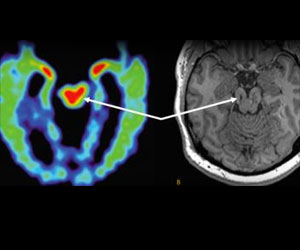 UCLA doctors have identified a new and easier way to diagnose chronic traumatic encephalopathy, or CTE, a disorder that is thought to affect some former football players and others with a history of repetitive brain trauma.

Using a new software tool for analyzing MRI scans, the researchers detected the shrinkage of several key brain regions in a former football player with cognitive problems. The same pattern of brain changes is commonly seen in chronic traumatic encephalopathy (CTE) cases that have been confirmed by autopsies after a person's death.

Head injury or traumatic brain injury is a leading cause of disability among children and young adults that leads to varying degrees of physical and mental stability. Fortunately, it is also one of the preventable brain disorder.
Advertisement
‘Chronic traumatic encephalopathy (CTE) is a progressive neurodegenerative disease of the brain with a history of repetitive brain trauma. New MRI-based technique detects abnormal pattern of brain changes.’

While the findings from this single case report are preliminary, they raise the possibility that MRI scans could be used to diagnose CTE and related conditions in living people. At present, CTE can be diagnosed only by direct examination of the brain during an autopsy.


," said Dr. David Merrill, assistant clinical professor of psychiatry and biobehavioral sciences at the Semel Institute for Neuroscience and Human Behavior at UCLA.

Encyclopedia section of medindia gives general info about Magnetic Resonance Imaging
Advertisement
Along with its potential benefits in diagnosing patients in the clinic, the MRI scanning technique could also help speed research of CTE, helping scientists better understand its prevalence in the population and in studying potential therapies, said Dr. Cyrus A. Raji, a senior resident in radiology at Ronald Reagan UCLA Medical Center.

Raji and Merrill are lead authors of the report, which appears online Aug. 23 in the American Journal of Geriatric Psychiatry.

The case's patient, with the pseudonym "Bob Smith," is a former high school fullback who also saw action on defense and special teams, meaning he was on the field for much of entire games. During his three-year playing career Smith received hundreds of blows to the head, including at least one concussion in which he was knocked unconscious and, after regaining consciousness, jogged to the wrong sideline.

After finishing college, Smith married, raised a family and started a business with his wife. In his late 30s, he began to experience mood swings and difficulties with attention and impulse control. Eventually his problems affected his ability to work. He sought medical advice and was diagnosed with attention deficit hyperactivity disorder and bipolar disorder. Earlier this year, he sought medical help at Merrill's comprehensive cognitive health clinic. Standard neuropsychological testing confirmed Smith's impairments in attention, impulse control and other measures of executive function, although it indicated that his memory was normal. An MRI scan showed no evidence of Alzheimer's, stroke or dementia.

"From one scan it can tell you which of those regions is abnormally large or small compared to a large database of normative brain volume," Raji said of the software analysis tool. "Most importantly, we were able to see the progression of volume loss over time, because the patient had had another MRI done in 2012."

The analysis revealed abnormally low volumes for Smith's brainstem, his ventral diencephalon and frontal lobes. The shrinkage in these volumes was worse in the later scan, suggesting a progression of disease. On the whole Smith's brain lost about 14 percent of its total gray-matter volume (the volume taken up by brain cells, not nerve fibers) during the four-year interval.

"The specific areas that were abnormally low in their volumes helped us understand that this patient's cognitive symptoms were likely due to his history of traumatic brain injury," Raji said.

Researchers are trying to develop other methods for diagnosing CTE in the living, including PET scans based on radioactive tracers that bind to tau aggregates. But an MRI-based method, which uses no radioactive materials, would be safer and less expensive, Merrill said.

Merrill and colleagues now hope to do larger studies to analyze MRI data for people with histories of head trauma, which would help determine whether the technique is broadly useful in detecting CTE.

Other authors of the study included Jorge Barrio and Dr. Gary Small of UCLA; and Dr. Bennet Omalu, of UC-Davis.

An Epidemiological Perspective of Abusive Head Injury in Children

Abusive head injury defined as a skull fracture in children under the age of 5 years was more common in the months of January, July, and October.
Advertisement
<< Glyburide Injection May Reduce Stroke Complication
Omega-3 Reduces Stroke-like Brain Damage in Mice >>

Teenagers who reported a traumatic brain injury in the past year were seven times more likely to have consumed a lot of energy drinks mixed with alcohol.

The Essence of Yoga Blood - Sugar Chart Vent Forte (Theophylline) Loram (2 mg) (Lorazepam) Find a Doctor Drug Side Effects Calculator Sanatogen Drug - Food Interactions Nutam (400mg) (Piracetam) Post-Nasal Drip
This site uses cookies to deliver our services.By using our site, you acknowledge that you have read and understand our Cookie Policy, Privacy Policy, and our Terms of Use  Ok, Got it. Close
×