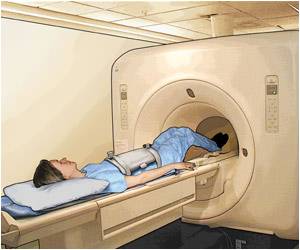 Usually an ultrasound is done every week at the third trimester to predict the delivery date. But, a new study finds that MRI of the cervix is more accurate than ultrasound at predicting a preterm birth.

Women in their second trimester of pregnancy with a cervix measuring 15 millimeters or less, as seen on ultrasound, are considered to be at higher risk of preterm birth. However, ultrasound has limitations as a predictor of preterm birth, as it does not provide important information on changes in cervical tissue in the antepartum phase just before childbirth.

Depression is common during pregnancy and antidepressants are usually prescribed to overcome it. Is it safe to take these drugs while pregnant?
Advertisement
‘Early dilation of the cervix, a neck of tissue connecting the uterus with the vagina, during pregnancy can lead to premature delivery.’

"A better understanding of the process of antepartum cervical remodeling, loosely divided in two distinct phases called softening and ripening, is critical to improve the diagnosis of cervical malfunction and anticipate the occurrence of birth," said the study's lead author, Gabriele Masselli, M.D., from the Radiology Department at Sapienza University in Rome.


To learn more, Dr. Masselli and colleagues used an MRI technique called diffusion-weighted imaging (DWI) to examine pregnant women who had been referred for suspected fetal or placental abnormality. DWI reveals differences in the mobility of water molecules in tissue and the results can be used to create apparent diffusion coefficient (ADC) maps that provide a measure of local cell density. DWI has been increasingly used for abdominal and pelvic diseases, but has not been tested for the evaluation of the uterine cervix in pregnant patients.

Women with preterm preeclampsia with a single child are more prone to cardiovascular disease, according to recent research.
Advertisement
Each of the 30 pregnant women in the study had a sonographically short cervix and a positive fetal fibronectin test between 23 and 28 weeks of gestation. Fetal fibronectin is a glue-like protein that helps hold the fetal sac to the uterine lining, and the presence of it before week 35 of gestation may indicate a higher risk of preterm birth.

Of the 30 women, eight, or 27 percent, delivered within a week of the MRI examination. The other 22 delivered an average of 55 days later. The researchers compared differences in ADC values at MRI between two areas of the cervix: the inner, subglandular zone and the outer, stromal area. While stromal ADC and sonographic cervical length showed no difference between both groups, the subglandular ADC was higher in patients with impending delivery, suggesting an increased mobility of water molecules in that area consistent with cervical ripening.

"Our results indicate that a high ADC value recorded at the level of the subglandular area of the cervix is associated with the imminent delivery of asymptomatic patients with a short cervix," Dr. Masselli said. "In detail, the subglandular ADC was inversely correlated to the time interval between MRI and delivery and therefore emerged as a powerful imaging biomarker in evaluating patients with impending delivery."

Over the years, preterm birth rate has increased in the United States up to 12 percent. Preterm birth is believed to be associated with vigorous physical activity during gestation period.
Advertisement
<< Growing Up in Poor Neighborhood Increases Obesity Risk
Global Increase in Antioxidant Defenses may Delay Aging >>

Prebiotics and Probiotics in Preterm or Low Birth Weight Infants

A study conducted evaluates the efficacy of addition of prebiotic or probiotic to infant formula in low weight babies or premature infants.