Mountain Gorillas in Uganda Under Threat but Tourist Dollars Protect 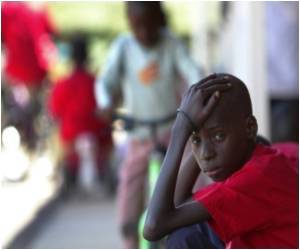 The mountain gorilla is fearless in the face of strangers on his territory, powerfully pushing through thick jungle.

But the endangered ape is unaware the family group he guards survives by the thinnest of threads. The gorillas here in Uganda's lush forests are protected by the economic lifeline they create for remote communities from the tourist dollars they generate, providing a key incentive for humans to protect the giant animals.

The forest in Uganda's far southwest is home to an estimated 400 mountain gorillas -- roughly half of the world's population -- including several families which have been habituated to human presence.


But it is the income from tourism that is helping protect the animals, which in the past were regularly hunted for their meat, and by farmers to protect their crops.
Advertisement
"In order to protect this endangered specie we needed to show the economic benefit of these gorillas," said Charles Tumwesigye, deputy head of conservation for the government's Ugandan Wildlife Authority.

"Tourism started as a way of showing the people that gorillas can be economically important, that we can earn revenue which can improve your livelihood".

Uganda, Rwanda and Democratic Republic of Congo are the only countries in the world where you can see the giant primates.

"We are willing to pay that kind of money because we know that a big part of those resources are reinvested in the preservation of the species," he said. "We also feel like we?ve experienced something very exclusive."

Threats to the mountain gorilla ?- including war, habitat destruction and disease ?- were once thought to be so severe that the species could become extinct by the end of the 20th century, but the population has increased significantly in the last 30 years, largely due to improved conservation efforts.

"People were stopped from entering into the forest, where they used to get all their free wild game meat," Seith Byarugaba said, a tourist operator organising gorilla trips and running a lodge.

"People are now happy because there is some revenue that comes from gorilla tracking."

Conflict remains, such as the destruction of crops and property, and competition for natural resources.

Habitat destruction and human population growth increasingly bring locals into contact with the gorillas, resulting in the transmission of human diseases and occasional animal attacks.

Ape experts this week warned that accelerated and unsustainable exploitation of the earth's primary natural resources has become a major threat to apes in Africa and Asia, with extraction of natural resources -- including timber, minerals, oil and gas -- devastating their prime habitat.

Experts at major United Nations environment conference in Kenya predicted that at the current rate, human development will have impacted 90 percent of the apes' habitat in Africa and 99 percent in Asia by 2030.

A joint UN and Interpol report released this week warned that while the greatest threat to apes is habitat loss, the illegal trade in the animals is "widespread", with over 22,000 great apes estimated to have been taken between 2005-2011.

But here in Uganda, income from tourists provides an incentive to protect the gorillas.

"Communities have been living with these gorillas for ages before conservation started, some of them still look at those forest as places where they use to access resources, like firewood, medicine," Tumwesigye added.

"So we thought it was very important that we worked with these communities, show them that this is still their resource, these gorillas are still for your benefit."

Armed rangers patrol the park: both to protect tourists after Rwandan rebels murdered eight tourists in 1999, as well as to guard the animals themselves.

But getting the local communities onside to support the gorillas is also key.

Tourism dollars have boosted the local economy. In addition to spin-offs like hotels, souvenir shops and jobs in the park, communities receive 20 percent entry fees to the park.

"This business has improved my life," said Michael Kasule, who owns a small shop selling gorilla carvings. "In the beginning I didn?t have anything."

It can be difficult to balance species survival against the needs of an incredibly poor area.

Despite is protected status, the jungles of Bwindi are under constant pressure from local communities.

Efforts are being made to mitigate these conflicts -- the creation of buffer zones, income generating activities for the community, and community health programmes -- but there is still far to go.

But many argue benefits for the communities is still limited.

"The tourism industry is still outward looking, basically relying on foreign visitors, and the benefits mostly go to outside owners," said Samuel Nsingwire from The Gorilla Organisation, a conservation group.

While tourism is far from a silver bullet against poverty -- the search for sustainable conservation practices maybe be the only way to ensure that these communities and their gorilla neighbours continue to share this remote jungle.

Ugandan Town Crippled by AIDS: Not Worth Catching the Fish
Uganda has created a culture with staggering rates of HIV. So, after you risk your life fishing on ....

Miniskirt Ban Brings Several Women to Protest in Uganda
To protest against the state's ban on wearing miniskirts, several Ugandan women gathered outside ......