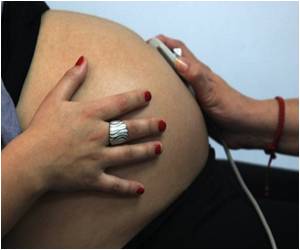 Many women in India become victims of sex discrimination even before they step into this world; right in their mother's womb reveals a study.

Researchers from Michigan State University and University of California analyzed the national health-survey data of more than 30,000 Indians and found that expecting women carrying a male child are more likely to receive better prenatal care during their pregnancy.

Though revealing the sex of an unborn child and abortion based on the child's sex are illegal, many such incidents are still a common occurrence.


Researchers also found that children born to mothers who had not given tetanus vaccination were more like to weigh below normal or die soon after birth. Being underweight has long-term consequences on the health of the child, which is a matter of serious concern.

Similar evidence was seen in patriarchal nations such as China, Bangladesh and Pakistan.

The findings of the study are reported in the Journal of Human Resources.

Source: Medindia
Advertisement
<< Mothers Face Hundreds of Questions Every Day by Their Littl...
Study Says No Link Between Autism, Many Vaccines >>