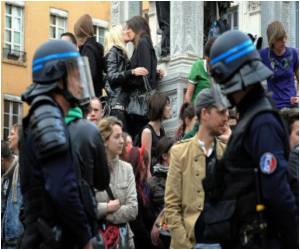 Zhang Xianling had advised her son not to go to Tiananmen Square. But in the 25 years since he was shot and left to die she has taken up his activist mantle.

The crackdown that ended on June 4, 1989, left hundreds dead -- by some estimates, more than 1,000 -- and a nation stunned that its leaders had deployed troops, tanks and real bullets against student-led protesters in the vast plaza at the heart of China's capital.

Zhang's 19-year-old son Wang Nan bled to death over several hours after being shot in the head and denied medical care, and was buried nearby.


Now 76, Zhang has become one of the leaders of the "Tiananmen Mothers".

The group of parents bereaved by the bloody suppression, more than 100 strong, seek to hold the ruling Communist party to account over events they have tried to wipe from the pages of Chinese history.
Advertisement
"What they want is for people not to know about the incident, to let it be forgotten," Zhang told AFP by phone, as she and other parents are under round-the-clock surveillance ahead of the anniversary.

"But with the Internet so developed these days, lies will not be able to bury the truth," she said.

Wang took his bicycle and camera to the square the night of the crackdown, hoping to document history.

He had debated with his mother and others whether the army would open fire -- Zhang thought not -- before sneaking out and leaving the light on to avoid alerting her.

"I said to him, 'Don't go out'. He said 'okay'," Zhang said of their last conversation.

"If I had known he was going out, for sure I wouldn't have let him," she added. "But I might not have been very insistent, because I didn't think they would use real bullets."

Not long after Wang reached the square, a round hit him in the head and soldiers blocked people from taking him to hospital, Zhang said.

His body was buried nearby but began to smell after several days and was dug up. It was mistaken for a soldier's and sent for identification, and Zhang was later called in to confirm it was him.

Over time she sought out witnesses including a doctor to gradually piece together what happened to her son.

On the night of the crackdown she heard gunshots from her home and mistook them at first for firecrackers.

Only when a student ran past and said people were bleeding did Zhang realise the troops were using live ammunition.

The next morning she found a note her son had left saying he had gone out.

By late afternoon she began to worry, but still held out hope that police would call to say he had been detained.

"Even if two countries are at war they can't prevent the injured from being treated," she said. "This was too cruel."

"My child at the time just had this ideal, a noble ideal, that he would record the truth with his lens, and went to Tiananmen to take pictures."

Similarly Zhang has since sought to preserve the memory of what happened.

The Communist Party has never allowed a full historical reckoning of the crackdown and the true number of dead remains unknown.

The Tiananmen Mothers have collated the details of 202 dead, and in their latest annual open letter they told the authorities: "These long 25 years, as you remain silent on the June 4 issue, what is draining away from you? Your morals, your conscience, and the legitimacy of your rule."

"Those who are not willing and not brave enough to admit the truth are truly the most cowardly and the most foolish!"

On the day of the anniversary, Zhang and a few members of other families meet to remember the dead and comfort one another.

Even these gatherings are sensitive, with relatives sometimes blocked from attending.

But Zhang argues that authorities' attempt to silence the Tiananmen Mothers only amplifies their message.

"When the government follows and monitors me every year, then they just remind everybody of what happened," she said.

"The truth always comes out."

Source: AFP
Advertisement
<< Half of Workers in Big Companies Do Not Like Their Colleagu...
Crossing the 50s Could Make You a Burden for Your Boss >>