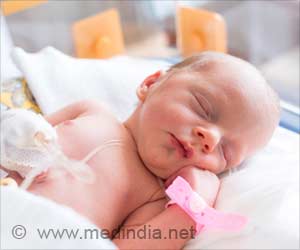 These findings suggest targeting the maternal microbiota - for example, by recommending dietary changes - could offer a preemptive strategy to protect offspring from future metabolic disease. A balanced microbiome has been linked to good health, while disruptions or changes to the microbiome have been linked to several diseases and disorders, including obesity, heart diseases and diabetes.

Though the effect of maternal microbiota on an infant's health has been well-documented, much less is known about how the mother's gut microbes impact the offspring's microbiota at the embryonic stage. Ikuo Kimura and colleagues explored this question in a mouse model, specifically focusing on short chain fatty acids (SCFAs), microbiota-derived metabolites that fuel cells and signal communication between gut microbes and organs.


‘Short chain fatty acid propionate plays a vital role in preventing the development of metabolic disorder in the offspring.’


They found that SCFAs produced by the pregnant mother's gut microbes dictated the differentiation of the offspring's neural, intestinal and pancreatic cells through cell signaling of GPR41 and GPR43, protein receptors on the surface of fat cells. This developmental process helped offspring maintain balanced energy levels, whereas offspring from mothers that lacked microbes altogether were highly susceptible to metabolic syndromes like obesity and glucose intolerance.

Supplementation by propionate may thus be a possible route for therapy, but the safety and efficacy of this application during pregnancy remains to be determined, says Jane Ferguson in a related Perspective that further details Kimura et al.'s study.

Ulcerative Colitis Associated With Missing Gut Microbes
Ulcerative colitis, a serious condition of the colon has been linked to missing gut microbes, Ruminococcaceae, revealed findings of a new study. About 1 million people in the United States have ulcerative colitis.
READ MORE