Mothers' are Their Own Worst Enemies 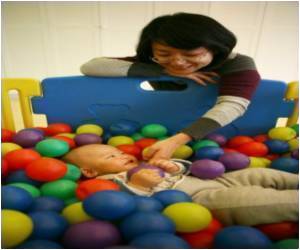 Working and non-working mums' are their own worst enemies, reveals survey.

While working mums are labelled as uncaring, and as worrying more about work than the progress of their children, those who chose to give up work for home life aren't winning either.

Afghanistan: Not the Best Place to be a Mother

A new study shows that Afghanistan is the worst place in the world to be a mother and Norway is the best place.
Advertisement


The careforkids.com.au annual survey also found other mums were their own worst enemies, with almost one third of working mothers saying they were made to feel guilty about their choices by other mums.

It's an Uphill Task for China's Working Mothers

In modern China, child care is expensive, bosses are less flexible and husbands are no longer the sole breadwinners.
Advertisement
Labour participation has steadily increased over the past decade and now an increasing number of women are returning to work just a few weeks after birth.

More than one in 10 women were back at work before their babies were three months old, while 44 per cent waited until the baby turned one before returning to paid employment, an Australian Institute of Family Studies report found in 2008.

Financial pressures, love of the job and a feeling they would get overlooked forced women back behind the desk, the report said.

A US study published on Friday suggests the more mothers work during their children's lifetimes, the more likely their kids are to be overweight or obese.
Advertisement
<< New Road Fuel from Food Waste
Winter Conception Boosts Autism Risk in Kids >>

Baldness can be Cured and Prevented: let us see How!
View all
News Archive
News Resource
Advertisement
News Category
How to Reduce Needle Anxiety in Children? Tobacco Addiction: Here's How to Break the Habit Parents are 'Winging It' on Their Kids' Mobile Use Ankle and Ankle Movements While Riding an Hoverboard Is It Healthy to Let Your Mind Wander?
More News
Sign up for Wellness Consult a Doctor Sign up for Selfcare

Calculate Ideal Weight for Infants How to Reduce School Bag Weight - Simple Tips Find a Doctor Drug - Food Interactions Drug Interaction Checker Sanatogen Nutam (400mg) (Piracetam) Vent Forte (Theophylline) Drug Side Effects Calculator A-Z Drug Brands in India
This site uses cookies to deliver our services. By using our site, you acknowledge that you have read and understand our Cookie Policy, Privacy Policy, and our Terms of Use