A new study has suggested that our mother tongue may have come from our prehistoric father.

Peter Forster and Colin Renfrew of the University of Cambridge found that language change among our prehistoric ancestors came about via the arrival of immigrant men - rather than women - into new settlements, New Scientist reported.

The language of some cultures correlates with a prehistoric influx of foreign males. This is still reflected in the genetics of people today.


Forster and Renfrew wondered if changes could be traced via maternal or paternal genes, by studying mitochondrial DNA or Y-chromosome genes, respectively.

In a meta-analysis of studies that linked genetic markers to cultural heritage in North and Central America, Iceland, Australia, Africa and New Guinea, they found that only Y-chromosome DNA reflected the cultural origins of the local language.

For example, Iceland was colonised by Norse Vikings with women kidnapped from the British Isles.

Most mitochondrial DNA found in Icelandic people today is similar to that in the British Isles, while Y-chromosomes carry Scandinavian DNA.

And the Icelandic language has Scandinavian roots, not English.

The finding suggests an interesting trend, but it is hard to identify a global pattern from this small selection of studies, stated evolutionary anthropologist Keith Hunley of the University of New Mexico.

Study Reveals How Language Speed Affects Efficient Communication of Information
There is considerable variation in the speed at which languages are spoken, but much less variation in how efficiently languages communicate the same information, a new study has found.
READ MORE

Foreign-Language Food Menus Translated into English by New Phone App
In yet another triumph of technology, a new application has been created that enables cell phones and other portable devices to translate foreign-language food menus into English.
READ MORE 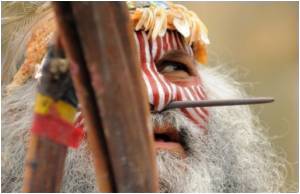 Brain in Localizing Languages
New research from MIT suggests that there are parts of our brain dedicated to language and only language, a finding that marks a major advance in the search for
READ MORE