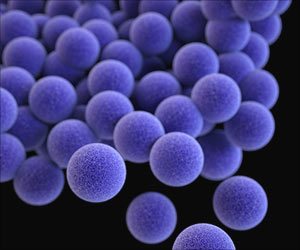 Traditionally scientists have studied bacteria in large numbers and not individually.

The growth is tracked by working with tens of millions of cells in a culture flask and looking at how much the cells dimmed light passing through a tube.

Scientists assumed that individual cells divide as they learned that populations of bacteria grow exponentially, doubling in mass at regular time intervals.


This hypothesis was proved incorrect by a group of scientists led by Suckjoon Jun of the University of California-San Diego, Petra Levin, PhD, associate professor of biology in Arts & Sciences at Washington University in St. Louis.
Advertisement
"Even though on average it is true that mass doubles, when you look at individual cells it becomes apparent that something else is going on" Levin said.

Instead of examining populations of cells growing in a flask or test tube, the Jun group instead used a microfluidics device called a 'mother machine' to follow hundreds of thousands of individual cells from birth to division.

"Although this might seem counter-intuitive, over many generations this rule ensures that cells in a population maintain a constant size," Levin said.

"This study really shows how new technologies, in this case the development of the 'mother machine' to visualize single bacteria in real time, can lead to new and unexpected answers to old problems," Levin said. "Pinning down the growth rule is important, because it provides clues to the underlying biochemical mechanism that ultimately controls growth. The mechanism is probably essential or nearly so and thus good target for new antimicrobials" she said.

Source: Medindia
Advertisement
<< Health Ministry to Introduce Drugs and Cosmetics (Amendment...
A Pill That Tricks the Body to Lose Weight >>

Brucellosis
Brucellosis is a contagious disease caused by Brucella. It is usually acquired following contact ......