Mother Jailed For Forcing Daughter To Have Sex With Paramour 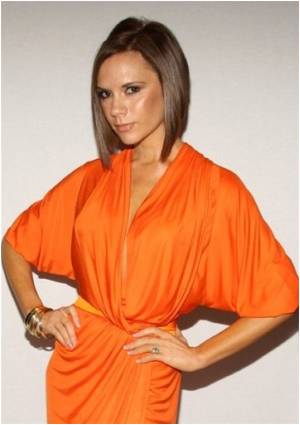 A 44-year-old Australian mother was sentenced Friday to five and a half years in jail for forcing her 13-year-old daughter to have sex with her paramour, a truck driver. The woman who cannot be named for legal reasons is described as an incorrigible drug addict.

The man, now aged 31, and whom the court heard was previously of "good character'', was sentenced to at least eight years in jail and would not be eligible for release before October 2017, taking into account time already served.

The Downing Centre District Court heard in April that mother dropped the child off on the F3 Sydney to Newcastle freeway and forced her into the cab of a truckie twice her age. The mother later siphoned diesel from the man's truck, apparently in exchange for the child.


It was the third time in 2004 that the young girl had been forced into sexual acts with the man by her mother - but this time she was left alone with him for seven hours, the court was told.

In November last year, the girl's mother and the truck driver - neither of whom can be named for legal reasons - were found guilty of a combined total of more than 60 charges, including aggravated sexual assault, aggravated indecent assault and aggravated acts of indecency.

Judge Greg Woods said the woman was a "heavy user'' of the illegal drugs ice and cannabis at the time of the offences, and the man took advantage of her dependency.

"She pressured the daughter into sex with (the man),'' Judge Woods said.

"It seemed that (the man) could have the daughter ... on the condition that he not have penis-vagina intercourse," he said.

"Apart from that he could use her for his sexual satisfaction as he saw fit."

Judge Woods said the man's conduct was "that of a sexually active young man without the ability to distinguish between fantasy and reality".

He added that the man could not be described as a paedophile and had not gone "trawling" to find young girls for sex.

"He must have known, however, that she was a desperate addict in the grip of a dependency and he took advantage of it.''

In sentencing, Judge Woods noted the woman's treatment in custody at the hands of other inmates and indicated her entire sentence was likely to be served in protective custody.

"She has been assaulted already by other inmates ... (who) expressed revulsion at the breach of the mother-child trust (and) maybe (in the future that will be) shown with violence and knives," he said.

"It is likely that this woman will spend all or most of her prison sentence under protection."

The mother, who had previously expressed remorse for the offences, was expressionless as the sentence was handed down on Friday.

"The abuse of a relationship between mother and child is regarded by the law and the community with abhorrence," Judge Woods said.

"As a parent, she is entrusted with the care of a child ... that trust is grossly breached if she allows or permits her paramour to have sex with the child."