Most Travellers Do Not Trust Female Pilots: Survey 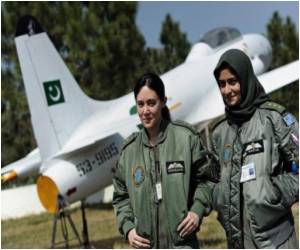 Around 51 percent of those questioned by British online travel agent sunshine.co.uk said they were less likely to trust a female pilot, while just 14 percent said they would feel safer with a woman at the control of an aircraft, the Age reported.

A quarter said the sex of their pilot did not matter. Nine percent said they were "unsure".


Of those who said they would rather have a male pilot, 32 percent said they believed "male pilots are more skilled", while 28 percent questioned the ability of female pilots to handle pressure.
Advertisement
The lack of existing female pilots meant a fear of the unknown was also cited by one in ten of those questioned.

According to Cockpit Confidential, a book about air travel by Patrick Smith, a US pilot, just five percent of cockpit crew are female - up from three percent in the mid-Nineties.

Of those who said they'd prefer to see a woman at the helm, 44 percent claimed men to be "too hot-headed in a crisis", while a quarter said men might be "too easily distracted".

Source: ANI
Advertisement
<< Yoga may Not be Very Beneficial: Research
Scientists Use Light Scattering Technique to Uncover the Ca... >>

Half of British Pilots Fall Asleep on the Job, Finds Survey
A new survey finds that more than half of Britain's airline pilots have fallen asleep in the ......

Brain Lesions Detected in Spy Plane Pilots
A new study released on Monday has revealed that tiny brain lesions are vastly more common in US ......