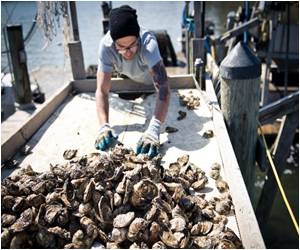 A NOAA study suggests that four of the most common mosquito pesticides used along the east and Gulf coasts show little risk to juvenile hard clams and oysters.

However, the study, published in the on-line journal Archives of Environmental Contamination and Toxicology, also determined that lower oxygen levels in the water, known as hypoxia, and increased acidification actually increased how toxic some of the pesticides were. Such climate variables should be considered when using these pesticides in the coastal zone, the study concluded.

"What we found is that larval oysters and hard clams can withstand low levels of pesticide use, but they are more sensitive to pesticides if their ecosystem is suffering from local climate stressors like hypoxia and acidification," said the study's lead author, Marie DeLorenzo, Ph.D., NOAA environmental physiology and microbiology program lead with NOAA's Centers for Coastal Ocean Science. "Hopefully these data will benefit both shellfish mariculture operations and environmental resource agencies as they manage the use of mosquito control pesticides near their coastal ecosystems."


Commercial shellfishing has a large economic national impact. NOAA Fisheries estimated that U.S. oyster and hard clam landings for 2010 were worth nearly $118 million and $41 million, respectively. Shellfish growers, however, are concerned that pesticide spraying near the coastlines may contaminate both their hatcheries and source waters. This is compounded by a lack of data on the toxicity of mosquito insecticides for these shellfish.

These ecologically and economically important species inhabit tidal marsh habitats along the U.S. Atlantic and Gulf of Mexico coastlines. Clams and oysters are also important for the coastal ecosystem because they filter water, improving water quality, and serve as habitat and food sources for other estuarine species. 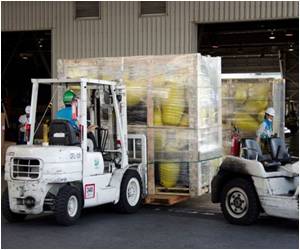 Oysters Playing a Vital Role in the Health of the Bay
Oysters destined for a sprinkling of lemon juice and a delighted diner are pulled from the majestic Chesapeake Bay, where 20 years ago they had nearly disappeared.
READ MORE

Oysters Becoming Extinct
A comparative study of oyster reefs in the past and present has been carried out through a widespread survey that revealed that 90 per cent of the reefs have been destroyed.
READ MORE