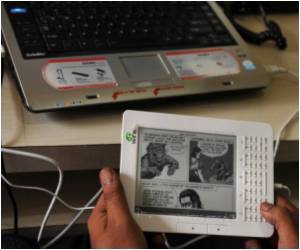 A new study has found that more number of young people in India below the age of 30 is suffering from spondylitis, a form of arthritis that affects the spine.

Long working hours on the computer, a desk job and lack of physical activities are a grim reality today, and so are increasing back problems and spondylitis. Doctors say a sharp increase has been noted in the number of young patients falling prey to spondylitis.

"Over the years the number of patients suffering from arthritis, especially spondylitis, has been increasing," said doctor S.K.S. Marya, an orthopaedic surgeon at Max Hospital in south Delhi's Saket.


According to the orthopaedic department of Max Hospital, at least 20 fresh cases of spondylitis are reported every week where patients are below 30 years of age. If compared with the numbers a decade ago, the increase is almost three-fold.

"A sedentary lifestyle leads to joint and muscle deformities. Spondylitis has become very common among people as young as 25 years who sit in front of computer screens for a long duration. It has all happened since the MNCs and call centres have come in," said Marya.

Doctor G.P. Dureja, director of Delhi Pain Management Centre, said after osteoarthritis of the knee (that occurs in people older than 40 years), spondylitis is the most common form of arthritis among Indians.

"Lack of exercise, bad posture while working in office, sitting with a bent back while watching TV and obesity - all are reasons for an increasing number of spondylitis cases," Dureja told IANS.

Among Indians, osteoarthritis of the knee is the most common. It is the degeneration of joints which occurs gradually in people older than 40 years. Spondylitis is the next stage. These could happen to anyone who doesn't have a healthy lifestyle, irrespective of his or her age.

"People in India do not have a culture of exercise. Even on holidays they prefer sitting at home rather than going out and enjoying the sun," said doctor Partap Chauhan, director, Jiva Ayurveda.

The lack of nutrition is also a factor responsible for these ailments. "Working people don't care about their diet. They take in junk food which is rich only in carbohydrates. Their nutrition levels are low, which make their body weak and less immune and thereby more vulnerable to arthritis," said Chauhan.

Orthopaedics suggest that regular exercise with a healthy but light diet were two simple ways of avoiding arthritis or at least delaying its occurrence.

"A regular brisk walk for 10 minutes, stretching muscles once in a while at the work place, eating a calcium- and protein-rich diet is all that one has to do to keep any form of arthritis at bay," said Dureja.

Spondylolisthesis is a condition of the lower spine in which one of the bones of the vertebral column slips out of its proper place and slides over to the vertebra below it.
Advertisement
<< World Sees Rise in Measles Cases After Decade of Decline
Deadly Strain of MRSA Spreads in Britain >>