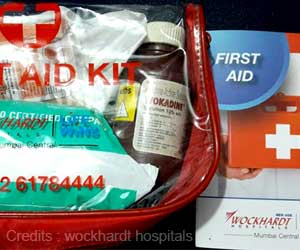 Diphtheria is a serious bacterial infection that can cause organ damage and breathing problems. This disease is often treatable, but also preventable with a vaccine. The UN Children's Fund (Unicef) said it had detected a total of 4,011 suspected cases of diphtheria in camps for Rohingya refugees in Bangladesh, where 31 people have died due to a serious outbreak of the infectious disease.

Unicef spokesperson Benjamin Steinlechner said that it was a very serious outbreak, to which Unicef and the World Health Organisation, along with the Bangladesh Health Ministry, have responded with a large-scale vaccination campaign to mitigate the risks of the disease spreading further.

Advertisement
‘Rohingyas in refugee camps at Bangladesh's Cox's Bazar live in conditions ripe for the propagation of infectious diseases such as cholera, measles, rubella and diphtheria.’

"The latest number of suspected cases is 4,011. However these are not all confirmed diphtheria cases. Out of the 4,011 cases, so far 61 cases have been confirmed," he said.


Unicef said in a statement that they are beginning the second phase of the vaccination program on January 25 for 475,000 minors in refugee camps for Rohingyas, who arrived in Bangladesh to escape violence against them in Myanmar.
Advertisement
The vaccination has to be carried out in three phases to be effective, it said.

During the first phase, which began on December 12 and concluded on December 31, nearly 150,000 children aged six weeks to seven years, and 166,000 children between seven and 17 were vaccinated against diphtheria and other diseases.

The number of suspected cases of the highly infectious respiratory disease, which can even be contracted from coughing or a sneeze, increased by nearly 800 in less than 10 days, after the WHO recorded 3,155 cases on January 5.

According to the United Nations Inter Sector Coordination Group, some 655,000 Rohingya refugees have arrived in Bangladesh since August 2017.

The current exodus was triggered when Myanmar security forces launched an operation in retaliation for an attack by the Arakan Rohingya Salvation Army (ARSA) on several security posts in Rakhine State on August 25.

The governments of Bangladesh and Myanmar have reached an agreement on the process of repatriation for Rohingya refugees who have reached Bangladesh which is expected to begin within two months.

Source: IANS
Advertisement
<< Writing a Specific To-Do List Will Help You Sleep Faster
We Get a Quarter of Our Calories from Outside Food >>

Diphtheria Kills 21 in Bangladesh
The Rohingya refugees in Bangladesh are an extremely vulnerable population, with low vaccination ......

Delhi Records Maximum Number of Deaths Due to Diphtheria in the Country
Though 71.78 % of the children were covered under Universal Immunization Program in 2013-2014 , the ...

Six-Year-Old Boy Dies in Spain's First Diphtheria Case Since 1987
In 2013 about 84% of infants worldwide were immunized against diphtheria, tetanus and whooping ......