More Than 12,000 Infected By Dengue in Pakistan

In less than a month, 126 people have died and more than 12,000 have been diagnosed with the virus, which has spread rapidly among both rich and poor in Pakistan's cultural capital Lahore.


Dengue affects between 50 and 100 million people in the tropics and subtropics each year, resulting in fever, muscle and joint ache.


But it can also be fatal, developing into haemorrhagic fever and shock syndrome, which is characterised by bleeding and a loss of blood pressure.

Caused by four strains of virus spread by the mosquito Aedes aegypti, there is no vaccine -- which is why prevention methods focus on mosquito control.

But furious locals say the outbreak is yet another example of government inefficiency, citing a failure to take preventive measures to kill off the mosquitos and lengthy power cuts.

Saad Azeem, 45, is a police officer who should be out spraying the streets with insecticide, but he is laid up at home suffering from the fever and mourning the death of his elderly father.

"My father was 79 years old and a retired deputy superintendent of police. His death due to dengue fever really shocked us," Azeem told AFP.

"This dengue has become a calamity."

Of the more than 11,584 people afflicted, 10,244 come from Lahore alone, the provincial capital of Punjab, Pakistan's most populous province and the country's political heartland.

In northwestern province Khyber Paktunkhwa, at least 130 people have been diagnosed and six have died. Southern province Sindh has seen 400 suspected cases and six deaths.

Banners emblazoned with giant sketches of mosquitos and public warning messages such as "Eliminate dengue, Have peace" are hung across avenues and crossings in Lahore, a city of eight million.

The chief minister of Punjab, Shahbaz Sharif, whose party runs the local governing coalition and whose brother Nawaz is Pakistan's opposition leader, has urged doctors to do more to restore calm.

"You are doing a wonderful job, but we have to bring down the mortality rate so that the people will be calmed," he said at a workshop this week.

Hospitals are overwhelmed, treating around 1,113 people and having already sent home another 10,000 to recuperate, said Asif Nadeem, a member of a hastily set up anti-dengue task force.

At Lahore General Hospital, where most cases have been reported, the corridors were packed with patients and relatives making it difficult to breathe.

Outside, medics set up large tents to accommodate family members and patients waiting for treatment, offering some shelter in the sweltering heat.

"We have no complaints about the arrangements, but they are not going beyond giving out paracetamol," Rashid Hameed, 27, an accountant, told AFP.

Doctor Zafar Ikram said the hospital was working beyond capacity to deal with the influx of patients.

"I think more people are coming because there is greater awareness about dengue due to the media spotlight and people are scared, so anyone with a normal fever comes to hospital for the (dengue) test," Ikram told AFP.

At the Mayo hospital, hundreds of people queued up in front of registration counters, giving blood samples and collecting reports.

Although the Pakistan People's Party, the main governing party in the federal government, has used the dengue outbreak to try and score points against the Sharifs, local authorities insist they are on top of the menace.

Teams from the World Health Organisation and Sri Lanka are now helping with the efforts. Schools and colleges initially shut have since reopened.

"On the control side a huge effort is going on with a public awareness campaign," said Punjab provincial health secretary Jahanzeb Khan.

In much of Lahore, known for its rich cultural heritage and popular restaurants, life carries on as normal with some establishments as crowded as ever in the cooler evenings.

Others cannot afford to be ruffled.

Mohammad Naeem, a 50-year-old roadside telephone vendor, said he had no alternative but to brave the risk.

"No sir, we do not apply any lotion. It's very expensive. We can hardly buy a loaf of bread. They come to our doorsteps to beg for votes, but they do not come to spray," he complained. 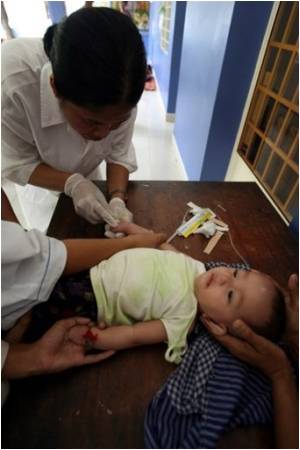 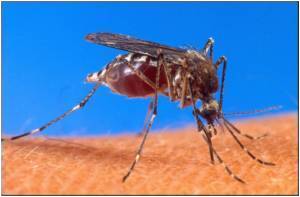 Lahore: Dengue Effect
The Government has announced the closure of all educational institutions in Lahore for the next 10 days due to widespread epidemic.
READ MORE