More on Season of Birth and Celiac Disease in Massachusetts Children 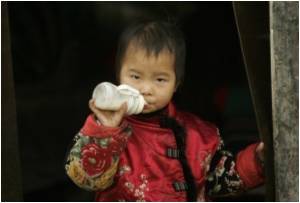 Researchers at the Massachusetts General Hospital for Children say that Ccliac disease is more common among Massachusetts children born in the spring or summer, and this higher incidence could be related to the intersection of key seasonal and environmental factors.

The exact cause of celiac disease is unknown, but potential triggers include the timing of infants' introduction to gluten and of viral infections during the first year of life. Researchers hypothesized that the season of a child's birth could be an important detail since babies are typically given a food with gluten around six months of age, which for those born in spring or summer would coincide with the start of the winter cold season.

The researchers studied 382 patients with biopsy-confirmed celiac disease, whose age at diagnosis ranged from 11 months to 19 years. Among older children (ages 15 to 19), there was virtually no difference in birth season (categorized as light, meaning March to August, or dark, defining September to February). But there was an appreciable difference in the 317 children younger than 15 years old  as a group, 57 percent had been born in a light season, whereas 43 percent were born during a dark season.


Given that celiac disease is one of the more prevalent autoimmune disorders in children, the study could have important implications for families and pediatricians. Lead researcher Pornthep Tanpowpong, MD, MPH, a clinical and research fellow, said the findings might suggest a rethinking of when some children first begin eating cereals and other foods that contain gluten. Other potential causative season-of-birth factors, such as sunlight exposure and vitamin D status, also merit additional investigation, he noted.

Soy or Soya is a crop which has been cultivated from thousands of years. It belongs to the family of legumes.
Advertisement
"If you're born in the spring or the summer, it might not be appropriate to introduce gluten at the same point as someone born in the fall or winter," said Dr. Tanpowpong. "Although we need to further develop and test our hypothesis, we think it provides a helpful clue for ongoing efforts to prevent celiac disease."

Dr. Tanpowpong will present these data on Sunday, May 8 at 8:00 a.m. CT in Hall A, McCormick Place.

Macrobiotics is an Oriental theory that lays down guidelines for promoting well-being and longevity through systematic diet consisting mainly of whole grains and beans.
Advertisement
<< New Explanations and Treatments Approaches for Gastrointest...
Mecca Holy Water Scare Rejected by Saudis >>

Celiac Disease
News Archive
News Resource
Advertisement
News Category
Can the Gut Microbiome Prevent Obesity and Diabetes? Monkeypox by Numbers: 5,322 Lab-Confirmed Cases In 53 Countries How to Improve Research on Diet and Dementia New Universal Flu Vaccine Protects against Influenza A Viruses Why Do Astronauts Lose Bone Density?
More News
Sign up for Wellness Consult a Doctor Sign up for Selfcare