More Men Than Women Die Due to Skin Cancer: Study

Skin cancer (melanoma) deaths rates are increasing in men while the rates are steady or declining for women, reports a new study.

The rate of men dying from malignant melanoma has risen in populations around the world, while in some countries the rates are steady or falling for women, according to research presented at the 2018 NCRI Cancer Conference.

Researchers studied worldwide data on deaths gathered by the World Health Organisation, focusing on 33 countries with the most reliable data. They found that melanoma death rates in men were rising in all but one country.


‘Men are more likely to die due to skin cancer than women. A new study highlights that the melanoma deaths rates are rising in men but static or declining in women.’
Read More..


They say more research is needed to understand the reason for this trend, but in the meantime, more public health efforts targeted at men may be needed to raise awareness of the disease and of sun-smart behaviors.

The work was presented by Dr. Dorothy Yang, a junior doctor at the Royal Free London NHS Foundation Trust, UK. She said: "The major risk factor for melanoma is overexposure to ultraviolet radiation, either from sun exposure or from using sunbeds. Despite public health efforts to promote awareness of melanoma and encourage sun-smart behaviors, melanoma incidence has been increasing in recent decades. However, some new reports have identified signs of stabilization and decline in melanoma death rates in places like Australia and Northern Europe.

"We wanted to conduct an up-to-date analysis of recent melanoma mortality rates across the world to try to understand these patterns, and whether new diagnosis, treatment, and prevention strategies are having any effect."

The researchers studied age-standardized death rates in the 33 countries between 1985 and 2015. These rates take into account the effects of some countries having an aging population and others having a younger demographic. They extracted the rates for malignant melanoma, the most dangerous form of skin cancer. They compared the rates for men and women and looked at trends over time.

The Czech Republic was the only country where the researchers found a decrease in men's melanoma death rate, where there was an estimated annual percentage decrease of 0.7 percent between 1985 and 2015.

Israel and the Czech Republic experienced the largest decreases in mortality rates in women, 23.4 percent and 15.5 percent respectively.

Dr. Yang added: "More research will be needed to explore the factors underlying these trends. There is evidence that suggests men are less likely to protect themselves from the sun or engage with melanoma awareness and prevention campaigns. There is also ongoing work looking for any biological factors underlying the difference in mortality rates between men and women."

Dr. Yang says she and her colleagues will continue to examine the data to see whether they can identify any possible factors that help explain the differences.

Poulam Patel is Chair of the NCRI Skin Cancer Clinical Studies Group, Professor of Clinical Oncology at the University of Nottingham, and was not involved with the research. He said: "This research shows that death rates for melanoma are stabilizing or decreasing in some countries, particularly for women, but in almost all countries there was an increase in death rates over the past 30 years in men. This is an important finding that requires further scrutiny.

"These results also suggest that melanoma will continue to be a health issue over the coming years, and we will need to find effective strategies to accurately diagnose and successfully treat patients." 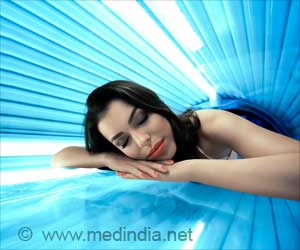 Tanning Beds at Gym May Up Skin Cancer Risk
Indoor tanning beds at the gym could increase skin cancer risk if used frequently. Tanning beds produce ultraviolet light which may be the cause for increasing the risk of melanoma skin cancer.
READ MORE