Consuming more dietary fiber helps to reduce the risk of developing type 2 diabetes, says a study. The study authors evaluated the associations between total fiber as well as fiber from cereal, fruit, and vegetable sources, and new-onset type 2 diabetes in a large European cohort across eight countries, in the EPIC-InterAct Study.

Dagfinn Aune, a PhD student affiliated with the Norwegian University, analyzed data of 12,403 verified incident cases of type 2 diabetes. For comparison, a sub-cohort of 16,835 individuals deemed representative of the total cohort of the European Prospective Investigation into Cancer and Nutrition (EPIC) study including some 350,000 participants.


When the results were adjusted for body mass index (BMI) as a marker of obesity, higher total fiber intake was found to be no longer associated with a lower risk of developing diabetes, suggesting that dietary fiber may help people maintain a healthy weight, which in turn reduces the chances of developing type 2 diabetes.

When the authors evaluated the different fiber sources, they found that cereal fiber had the strongest inverse association: those with the highest levels of cereal and vegetable fiber consumption had a 19 percent and 16 percent lower risk of developing diabetes respectively, compared with those with the lowest consumption of these types of fiber. Again, these associations disappeared when the results were adjusted for BMI. By contrast, fruit fiber was not associated with a reduction in diabetes risk. Cereals accounted for 38 percent of the total fiber intake, and were the main source of fiber in all the countries involved in the study.

University of Cambridge Professor Nick Wareham, senior author on the paper, added that public health measures globally to increase fiber consumption were likely to play an important part in halting the epidemics of obesity and of type 2 diabetes.

The study is published in the journal Diabetologia. 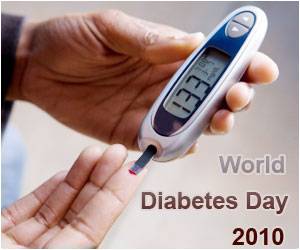 High Fiber Diet may be Beneficial for Healthy Gut and Calcium Absorption
Two new studies looking into the health benefits of fibers have found that high fiber diet may play an important role in developing a healthy gut and increase calcium absorption.
READ MORE