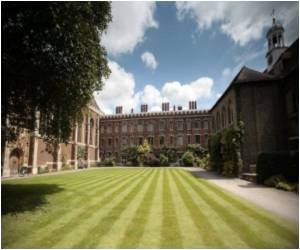 France's lower house gives an approval to introduce more courses in English at universities despite criticism.

A majority of lawmakers in the National Assembly approved the second article of a bill on higher education in a show-of-hands vote.

The full bill is expected to be approved in the Assembly and the upper house Senate, where the ruling Socialists and their left-wing allies have majorities.


Higher Education Minister Genevieve Fioraso hailed the adoption of the measure as a step forward for French education.

"I am delighted that we did this, after all of these discussions," she told journalists. "The way this (debate) was lasting risked giving us... an image of defeatism, of turning inward."
Advertisement
The vote followed two hours of heated debate, with lawmakers from the main right-wing opposition UMP saying the measure threatens France's identity.

But Socialist lawmaker Thierry Mandon called the controversy "a storm in a teacup" and accused opponents of having "a phobia of foreign students".

The measure, which would also introduce lessons in languages other than English, aims to increase the number of foreign students at universities from 12 percent of the total to 15 percent by 2020.

Critics say it will harm efforts to protect the French language, while supporters argue it will improve the employability of French youth and the attractiveness of the country's universities.

Several unions, public figures and the influential Academie Francaise, set up in 1635 and the official authority on the language, attacked the measure.

France has for decades zealously propagated the use of French both at home and abroad through cultural institutions and the French-speaking Francophonie bloc of nations.