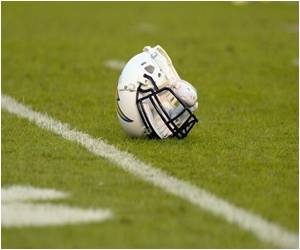 More research into concussions among youth athletes has been called for by President Barack Obama, admitting that he had seen stars himself while playing American football as a youngster.

Obama called a "summit" at the White House amid a rising spate of such injuries, not just in contact sports but in others like football, which is widely played by both girls and boys in the United States.

The president told an audience of sporting administrators, student athletes and health care experts that the last thing he wanted to do was scare children away from playing sports.


"As parents, though, we want to keep them safe, and that means we have to have better information," he said.

"We don't have solid numbers, and that tells me that at every level we're all still trying to fully grasp what's going on with this issue."
Advertisement
White House officials said Obama decided to use the "convening power" of the presidency to bring together groups as diverse as leading medical authorities and the National Football League (NFL) to build momentum on the issue.

He noted that the dangers of head injuries and brain damage among young players were much more well known now than they had been for many years -- when children were forced to endure a "suck it up" culture by coaches and parents.

"When I was young and played football briefly ... there were a couple (of) times where I'm sure (I had) that ringing sensation in my head and (needed) to sit down for a while -- might have been a mild concussion, and at the time you didn't think anything of it."

Obsessive public interest in one particular sport -- American football -- has not quelled growing unease about the physical toll it exerts.

The National Football League (NFL) is trying to close a $765 million settlement with seven former players who sued for damages, alleging that they had been left with various symptoms of brain injury and trauma after their careers in the hard-hitting league.

A judge earlier this year refused to sign off on the agreement, demanding evidence that the settlement was big enough to deal with the illnesses of all former players.

The concussion debate threatens to change the game itself. The NFL has already banned helmet to helmet hits.

Other leagues, like the National Hockey League (NHL) has also taken steps to curb concussions, outlawing hits to the head with lengthy suspensions.

Checking has also been banned for young players under the age of 12.

Custom-Made Mouthguards Reduce Sports-Related Concussion
Parents who want to reduce their child's risk of a sports-related concussion should visit a dentist ...

Death in Young Athletes Due to Blunt Trauma - A 30 Year National Study
A Study was conducted that hoped to define the clinical profile, epidemiology, and frequency of ......

In Some Concussion Patients, MRI can Pinpoint Region of Brain Injury
Researchers have identified regional white matter damage in the brains of people who experience ......