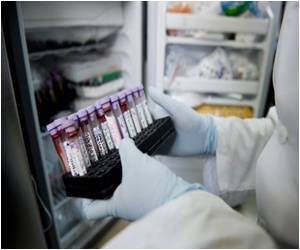 Appeal to countries to conform to a 2011 global moratorium by the UN's food agency and the OIE also includes annihilating potentially perilous rinderpest virus samples or put them into a safe storage.

The deadly animal virus, which caused cattle plague, was the second viral disease in history to be wiped out after smallpox more than 30 years ago.

Anti-vaccination movements lead to the re-emergence of previously controlled diseases. Anti-vaccinationists have done significant harm to the public health.
Advertisement

It was officially declared eradicated in 2011, but some of the samples still stored worldwide are being kept in unsafe conditions, the organisations said.


"The process of cataloguing the still existing virus-containing materials worldwide found that some were being kept under insufficient levels of biosecurity," the Food and Agriculture Organization (FAO) in Rome and Paris-based World Organisation for Animal Health (OIE) said.

'Mad Cow Disease' In Cattle Can Extend Extensively In ANS Before Detectable In CNS: Study

Mad Cow Disease or Bovine spongiform encephalopathy (BSE), is a deadly disease in cattle that results in fractions of the brain to turn resembling a sponge.
Advertisement
In two international resolutions passed in last year, OIE and FAO member countries agreed either to destroy remaining stocks of rinderpest virus or store them in a limited number of safe, high containment laboratories.

"The moratorium is pivotal to managing biological risks until an oversight mechanism is established," Kazuaki Miyagishima, head of the OIE Scientific and Technical Department, said in a joint statement released by the organisations.

"While rinderpest virus remains present in a large number of laboratories across the world, we cannot say that there is zero risk of a reoccurrence.

"Priority must be given to destroying remaining non-secured stocks of the virus and maintaining vigilance until this is accomplished," he said.

The OIE and FAO said some reserves of the virus should be kept "to produce vaccines and for research in case the disease emerges again or is released as a result of an accidental or deliberate act".

The virus, which caused respiratory disease, diarrhoea and death in the majority of cattle infected, devastated livestock and led to widepread hunger.

"While rinderpest has been successfully eradicated, there may be some virus material that would be useful for research or vaccine development," said Juan Lubroth, the food agency's chief veterinary officer.

"We must remain vigilant so that rinderpest remains a disease of the past, consigned to history and the textbooks of veterinarians to benefit from the lessons we've learned," he said.

How to Reduce School Bag Weight - Simple Tips Find a Hospital Hearing Loss Calculator Find a Doctor Drug - Food Interactions Nutam (400mg) (Piracetam) Blood - Sugar Chart The Essence of Yoga Pregnancy Confirmation Calculator Calculate Ideal Weight for Infants
This site uses cookies to deliver our services. By using our site, you acknowledge that you have read and understand our Cookie Policy, Privacy Policy, and our Terms of Use