this is according to a study by Henry Ford Hospital in Detroit.

Those findings will be presented at the annual meeting of the American Urological Association in San Diego.


"African American race has been associated with disparities in care at every step of the kidney transplant process," says Jesse D. Sammon, D.O., a researcher at Henry Ford's Vattikuti Urology Institute and lead author of the study. "This is particularly striking in the use of transplant kidneys from living donors."

So the Henry Ford research team set out to look at trends for donor nephrectomy - or the removal of a kidney to donate for transplant - as a percentage of kidney transplants within minority populations.

Using data drawn from the Nationwide Inpatient Sample, which includes discharge statistics from more than 1,000 U.S. hospitals in 44 states, the Henry Ford research team found an estimated 205,984 kidney transplants (KT) were performed between 1998 and 2010.

At the same time, data showed 72,352 live-donor nephrectomies (LDN) for a comparative percent overall of 35.12, which remained consistent during the study period. Within the overall study population, the rate for Hispanics also was consistent and averaged 30.3 percent, and rates for other minority groups, too, remained stable and averaged 26.33 percent.

"But African Americans averaged only 18.6 percent LDN to KT ratio, and that fell over the study period," Dr. Sammon says.

Noting that abundant research has found much higher levels of certain serious diseases among African Americans, for a variety of reasons that remain at least partially unclear, Dr. Sammon says that may well explain the disparity in live-donor kidney transplants.

"It likely reflects a lower number of potential donors in the social networks of African Americans due to higher prevalence of obesity, hypertension and diabetes, as well as social/cultural impediments to live donation," Dr. Sammon says.

An Additional 1,000 Kidney Transplants Possible Every Year Through Paired Kidney Exchanges
A new study conducted by Johns Hopkins researchers reveals that over 1,000 additional patients could be able to undergo kidney transplantation surgeries in the United States.
READ MORE

Promising Breakthrough for Kidney Transplant Patients
At the University of Montreal Hospital* Research Centre (CRCHUM), a team led by Dr. Marie-Josée Hébert has discovered a new cause of organ rejection in some kidney transplant patients.
READ MORE

First Kidney Transplant from Deceased Donor
In UAE,the first kidney transplant from a deceased donor to a 23-year-old woman patient was carried out.
READ MORE 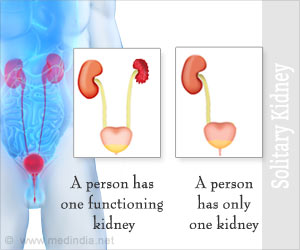 Solitary Kidney
Solitary kidney does not pose a grave health risk but it does require additional care. Find out how solitary kidney affects ones health and quality of life and how to live with the condition.
READ MORE