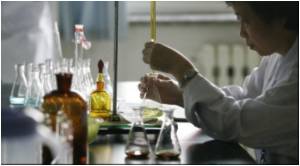 Two DNA methylation markers have been identified and validated by researchers that could help physicians to more accurately determine a patient's response to epigenetic drugs for treatment of myelodysplastic syndromes (MDS).

This is according to Xiaojing Yang, Ph.D., a postdoctoral fellow at the University of Southern California, Los Angeles, who presented the data at the AACR Annual Meeting 2013, held in Washington, D.C., April 6-10.

"The current feedback from physicians is that they cannot tell if a patient is really getting the epigenetic drug they are being treated with or not, which makes it difficult for them to decide whether to stop treatment or increase the dosage of the drug," said Yang. "This pushed us to think, why? Why didn't the current marker work and should we try to seek a better one?"


These drugs, called DNA methyltransferase inhibitors (DNMTi), work by turning on genes that suppress cancer development, according to Yang. In patients with MDS, these genes are often silenced by the attachment of chemicals called methyl groups to the DNA backbone of the gene (an epigenetic modification made through a process called methylation), and DNMTi prevent methyl group attachment to DNA.
Advertisement
Currently, measuring methylation changes in DNA sequences known as LINE-1 elements is widely used as a predictor of whether or not DNMTi are working, but recent research has found that LINE-1 remethylation after a DNMTi is withdrawn occurs faster than in other regions. This implies that LINE-1 methylation changes may not reflect overall demethylation effects of DNMTi, according to Yang.

They then tested the methylation profile of these 1,429 regions in T24 bladder cancer and HL60 leukemia cell lines treated with a DNMTi for 24 hours. Of these, 79 significantly responded to demethylation treatment and remained demethylated beyond 30 days. Further analysis focused on the top two regions, which showed consistent hypermethylation in normal and tumor samples.

To verify their findings, Yang and colleagues studied the DNA demethylation levels of those two markers in urine samples from seven patients with MDS treated with the DNMTi azacitidine. They found that the two markers were significantly demethylated, in contrast to LINE-1 methylation, which showed no clear decreasing trend.

According to Yang, these findings could lead to the use of a simple urine test for detecting response to a DNMTi.

New Drug Options to Target Genetic Vulnerability of Lung Cancer
A vulnerability of certain lung cancer cells that can be exploited for new therapies has been ......