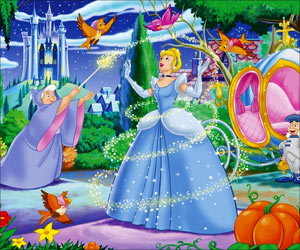 Moral tales that praise a character's honesty inspire a child to speak the truth more than classic children's tales that just explain the negative consequences of telling lies, a recent research shows.

The research findings indicate stories such as "The Boy Who Cried Wolf" and "Pinocchio" fail to produce the desired result of instilling honesty in children.

"As parents of young children, we wanted to know how effective the stories actually are in promoting honesty," Victoria Talwar, co-author of the study and researcher from McGill University, said in a statement. "Is it 'in one ear, out the other,' or do children listen and take the messages to heart?"


To arrive at the findings, the Canadian researchers conducted an experiment with more than 250 children in the age group 3-7 who were made to play a game that required each child to guess the identity of a toy just on the basis of the sound it made.
Advertisement
Midway through the study, the researcher left the room for a minute specifically instructing the child not to peek at a toy that he left on the table.

When the researcher came back, she narrated the child a story. The tale was one among the three stories chosen:  "The Tortoise or the Hare," "The Boy Who Cried Wolf," "Pinocchio," and "George Washington and the Cherry Tree."

After telling the story, the researcher asked the child to tell the truth as to whether he or she peeked at the toy out of temptation.

Interestingly, tales such as "Pinocchio" and "The Boy Who Cried Wolf" which preach the negative consequences of lying, such as public humiliation and even death, had little effect in instilling moral values in children.  They were only as good as "The Tortoise and the Hare," a tale of dishonesty, in producing the desired results.

The findings also showed a fabricated tale about a young George Washington prompted the kids to confess the truth.

Researchers said children who listened to the tale in which Washington is praised for admitting to his wrongdoing were three times more likely to tell the truth than their counterparts who listened to other stories.

Talwar said the effectiveness of the story about George Washington may be due to its demonstration of "the positive consequences of being honest by giving the message of what the desired behavior is, as well as demonstrating the behavior itself."

The researchers said for instilling moral values in kids, laying emphasis on the positive outcomes of honesty rather than the negative repurcussions of dishonesty is the key.  On the other hand, they also added a word of caution that more research is required to find out whether moral tales affect kids' behavior in the long term.

The research was recently published in the journal Psychological Science.