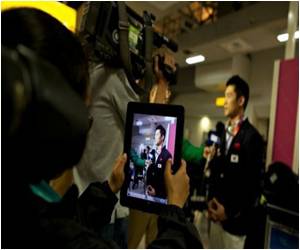 Prominence has been observed in a new wave of fact checking journalism in the past decade to counter misleading or outrageous claims of political figures.

Notable among these are FactCheck.org, and PolitiFact, which won a Pulitzer Prize in 2009.

More than a million people are buried in mass graves that were dug by convicts over the decades on a tiny island east of Bronx.
Advertisement

The study led by Bill Adair, a Duke faculty member who was a founder of PolitiFact at the Tampa Bay Times, identified 59 fact-checking groups globally, of which more than 15 are in the United States.


"It really surprised me how much fact-checking is going on around the world," Adair told AFP.

"I had no idea there was this much, particularly in places such as Eastern Europe. These sites are using fact-checking and are holding politicians accountable for their promises. It's really become a strong movement in journalism."

Myanmar has loaned some of its ancient treasures to be displayed in a landmark exhibition exploring the ancient kingdoms of Southeast Asia that opens in New York next week.
Advertisement
Recognizing the growth, the Poynter Institute journalism school has organized the first global fact-checking summit, to be held in June in London.

"Poynter will play a leading role to help journalists do their best work and foster the growth of fact-checking, which is vital to democracies around the world."

A watershed moment for fact-checking was the 2009 Pulitzer awarded to PolitiFact, which closely monitored claims made during the 2008 presidential race with Barack Obama and John McCain.

PolitiFact used its "Truth-O-Meter," which sought to assess the veracity of claims by both candidates and others.

For example, the site labeled as false claims that Obama was born outside the United States, but also took him to task for misstating facts such as declaring that the US government spends less on energy research than the pet industry on its products.

Other fact-checkers use their own symbols -- The Washington Post assigns up to four "Pinocchios" for false or misleading statements.

FactCheckEU assigns ratings such as "rather daft" and "insane whopper," such as one from Italian activist Beppe Grillo that a third of the EU budget was for translations.

AfricaCheck, a regional service supported by the AFP Foundation and the Omidyar Network, has assessed claims of land reform in South Africa and economic data from Nigeria, as well as pointed to a lack of evidence in claims that some cities were the "rape capital of the world."

Fact-checking websites often emerge from projects and newspapers or other media organizations, and in most cases are subsidized either by the news organization or outside funding.

"It is a vital public service but it is not profitable," Adair said.

Fact-checking is not immune from the controversies surrounding all kinds of journalism.

Nobel laureate economist Paul Krugman, who has seen some of his claims questioned by fact-checkers like PolitiFact, has been a vocal critic.

"The people at PolitiFact are terrified of being considered partisan if they acknowledge the clear fact that there's a lot more lying on one side of the political divide than on the other," Krugman wrote in 2011.

"So they've bent over backwards to appear 'balanced' -- and in the process made themselves useless and irrelevant."

MSNBC commentator Rachel Maddow has also vented her ire at PolitiFact for rating as "half true" a statement about gays facing the possibility of being fired.

"Fact-checking has to count for something and PolitiFact, you are ruining it for everyone," she said last year.

And PolitiFact drew ire when it said the 2011 "Lie of the Year" was a claim by Democrats that Republicans "voted to end Medicaid," the health program for the needy.

"PolitiFact Has Decided That A Totally True Thing Is The 'Lie Of The Year,' For Some Reason," said a Huffington Post headline.

Lucas Graves, a University of Wisconsin journalism professor who studies fact-checking, says criticism does not diminish the value of fact-checking.

"It's hard to establish something in a way that no one can disagree with," Graves told AFP.

"It is especially true when it comes to the kinds of facts that politicians traffic. All the fact checkers I've talked to are open about this, they say it is as much art as science."

Graves, who is working on a second phase of the study and will present findings at the London summit, maintained that "while it is impossible to nail down facts in a way to convince everyone, it is even worse to leave things in a way for politicians to spin any way they want."

Graves said that the current wave of fact-checking is about a decade old, fueled by the Internet, the notion is a long tradition in journalism.

"What will be interesting to watch is how much this becomes a regular part of political reporting," Graves said.

So far, he observed that even though fact checking has had an impact, "it hasn't stopped politicians from lying."

Flying reptiles, the pteroisaurs who rules the skies when dinosaurs ruled the earth millions of years ago, are now featured in New York's international exhibition.
Advertisement
<< Angry Bikers to Protest Lower Speed Limit
Natural Factors are Not the Cause for Global Warming, Exper... >>

How to Reduce School Bag Weight - Simple Tips Indian Medical Journals A-Z Drug Brands in India Find a Hospital Color Blindness Calculator Diaphragmatic Hernia Post-Nasal Drip Drug Side Effects Calculator Blood - Sugar Chart Blood Pressure Calculator
This site uses cookies to deliver our services. By using our site, you acknowledge that you have read and understand our Cookie Policy, Privacy Policy, and our Terms of Use