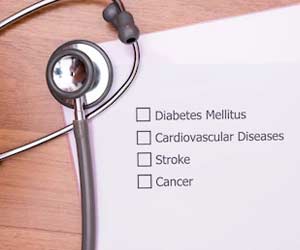 Inaugurating the GEM Hospital here, Naidu said that NCDs were becoming a major killer and it was incumbent upon the medical fraternity to launch a nationwide campaign to create greater awareness on the health hazards.

Advertisement
‘NCDs are caused due to lack of physical activity, unbalanced diet, alcohol and tobacco abuse and other environmental factors.’

"Lack of physical activity, poor, unbalanced diets, abuse of tobacco and alcohol and environmental factors are among the factors leading to the development of NCDs," Naidu said.


Commenting on India's achievement in the healthcare sector, Naidu said the biggest challenge was building a comprehensive healthcare system amid a huge disparity between urban and rural areas.
Advertisement
He said the low public spend, low doctor-patient ratio, low patient-bed ratio, rising out-of-pocket expenditure, dearth of medical colleges and trained doctors, inadequate infrastructure in rural areas, lack of penetration of health insurance and inadequate disease surveillance and preventive mechanisms were the formidable challenges to be addressed.

"As against the WHO norm of one doctor per 1,000, there is one doctor per 1700 population in India. In order to reach this target, a high-level committee of erstwhile Planning Commission (NITI Aayog) has recommended the setting up of 187 more medical colleges by 2022," he added.

Almonds Role in Non-Communicable Diseases
Almonds are packed with essential nutrients that offer a range of health benefits. Daily intake of ....

Top 8 Tips for Heart-Healthy Eating
Eating right goes a long way in preventing heart ailments. The key is to have low-fat, low sodium, ....