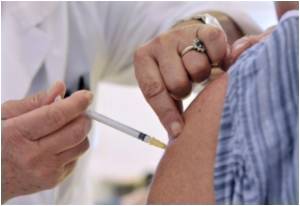 As the United States prepares for the upcoming flu season, a group of researchers supported by the National Institutes of Health continues to model how H1N1 may spread.

The work is part of an effort, called the Models of Infectious Disease Agent Study (MIDAS), to develop computational models for conducting virtual experiments of how emerging pathogens could spread with and without interventions. The study involves more than 50 scientists with expertise in epidemiology, infectious diseases, computational biology, statistics, social sciences, physics, computer sciences and informatics.


As soon as the first cases of H1N1 infections were reported in April 2009, MIDAS researchers began gathering data on viral spread and affected populations. This information enabled them to model the potential outcomes of different interventions, including vaccination, treatment with antiviral medications and school closures. The work built upon earlier models the MIDAS scientists developed in response to concerns about a different potentially pandemic influenza strain, H5N1, or avian flu.


"Computational modeling can be a powerful tool for understanding how a disease outbreak is unfolding and predicting the implications of specific public health measures," said Jeremy M. Berg, Ph.D., director of the National Institute of General Medical Sciences, which supports MIDAS. "During the H1N1 pandemic, MIDAS scientists applied their models to see what they could do to help in a real situation."

Because the H1N1 flu strain is still circulating, a MIDAS group based at the University of Washington in Seattle is now studying the impact the virus could have this fall and winter. Its model, which represents the world population, includes information about immunityhow many people are protected by vaccination or prior infectionand the other circulating flu strains. Using the model, the scientists may be able to predict how H1N1 evolves and the possible role of the H3N2 strain, which historically has been the dominant seasonal flu virus. The results also may help forecast the potential effectiveness of the new flu vaccine that includes both the H1N1 and H3N2 viral strains.

Here are key findings from MIDAS' earlier work on the H1N1 pandemic. For more results and links to the scientific papers, visit http://www.nigms.nih.gov/Initiatives/MIDAS/Publications.htm.

To predict the likely severity of H1N1 in the fall and winter months following the initial outbreaks, the MIDAS group led by Marc Lipsitch, D.Phil., of the Harvard School of Public Health in Boston analyzed patient care data from Milwaukee and New York City. The researchers estimated that about 1 in 70 symptomatic people were admitted to the hospital, 1 in 400 required intensive care and 1 in 2,000 died. They predicted H1N1 to be no more and possibly even less severe than the typical seasonal flu strain. The work, which factored in local differences in flu detection and reporting, also showed that it's possible to make predictions about severity using data from the early stages of an outbreak.

Ira Longini, Ph.D., at the University of Washington and his MIDAS colleagues developed a simulation model to evaluate the effectiveness of different strategies to vaccinate school-aged children, who are known to play a key role in transmitting the flu virus. They modeled a range of scenarios that varied the type of vaccine, the percentage of children vaccinated and the infectiousness of the virus. For each situation, the modeling results indicated that vaccinating this age group substantially reduced overall disease spread and prevented up to 100 million additional cases in the general population. These effects, however, were less strong when the virus was more contagious or when fewer children were vaccinated. Based on these results, Longini's group concluded that vaccine distribution strategies should depend on a number of factors, including vaccine availability and viral transmission rates.

In one of the first analyses of the economic value of work-sponsored seasonal and pandemic flu vaccine programs, the MIDAS group led by Donald Burke, M.D., at the University of Pittsburgh developed a model that estimated the employer cost to be less than $35 per vaccinated employee with a potential savings of $15 to $1,494 per employee, depending on the infectiousness of the virus.

To determine if a vaccination strategy would likely have the same effect in different locations, a team led by MIDAS investigator Stephen Eubank, Ph.D., of the Virginia Bioinformatics Institute at Virginia Tech in Blacksburg developed models representing the demographics of Miami, Seattle and each county in Washington. The models indicated that while vaccinating school-aged children was the best strategy in each place, the optimal timing and overall effectiveness of the approach varied due to specific characteristics of the local population, such as age, income, household size and social network patterns. These differences, Eubank concluded, suggest that vaccination and probably other intervention strategies should take local demographics into account.

Lipsitch's collaborators Joseph Wu, Ph.D., and Steven Riley, D.Phil., at the University of Hong Kong used mathematical modeling to predict the likelihood that the H1N1 strain would develop resistance to the widespread use of antiviral medications taken to lessen flu symptoms. Their work showed that giving a secondary antiviral flu drug either prior to or in combination with a primary antiviral could mitigate the emergence of resistant strains in addition to slowing the spread of infection. The results, the researchers concluded, point to the value of stockpiling more than one type of antiviral drug.

A public health measure under consideration was closing schools, which previous MIDAS pandemic flu models identified as a potentially effective intervention. According to Burke's model of Allegheny County, Penn., closing individual schools after they identified cases may work as well as closing entire school systems. When strictly maintained for at least 8 weeks, both types of school closure could delay the epidemic peak by up to 1 week, allowing additional time to develop and implement other interventions. However, the model also indicated that school closures lasting less than 2 weeks could actually facilitate flu spread by returning susceptible students to school in the middle of an outbreak.

"Models like the ones MIDAS has developed help us understand not only trends in disease spread, but also how different factors can influence those trends," said Irene A. Eckstrand, Ph.D., who directs the MIDAS program. "MIDAS research is leading to new tools and approaches that can aid in making public health decisions at a range of levels, from local to national." 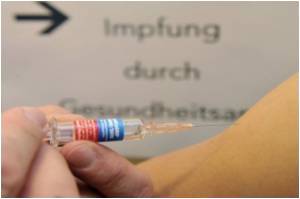 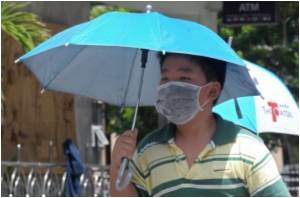 Heart Machine Saves Life of H1N1 Patient
A machine called extra corporeal membrane oxygenator (ECMO) has been used by doctors to save the life of a critically ill patient suffering from H1N1 infection.
READ MORE

H1N1 Virus Causing More Seizures in Children Than the Seasonal Flu
University of Utah researchers have found that the incidence of seizures in children with H1N1 virus is higher than in those suffering from seasonal flu.
READ MORE