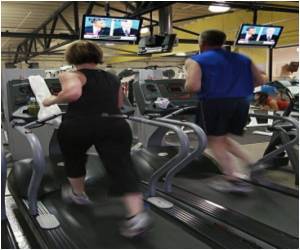 Mobilizing the entire community in any neighbourhood can be effective tool in combating diabetes, it has been found.

While healthy diet, weight control and exercise are the keys to reducing a person's chances of acquiring this disease as they age, the study shows that regular support meetings are a powerful influence on lifestyle, boosting personal motivation, mood and confidence.

The study by the Victorian Department of Health and evaluated by Swinburne University researchers found that people who attended regular meetings of a community-based healthy living program had a 43 per cent success rate in reversing their pre-diabetes condition within six months of diagnosis.


In contrast, only one quarter of patients diagnosed as pre-diabetic and left to tackle their diet, exercise and weight control issues alone or with the sole help of their local doctor, were able to change their high at-risk diabetes status within the same time frame.

Regular exercise especially in type II diabetes not only helps reduce the sugar but also reduces the demand for medication by 20% and helps you stay healthy.
Advertisement
The study involved 300 people from the Melbourne suburbs of Box Hill and Dandenong and the rural Victorian city of Shepparton who had tested positive to the condition known as pre-diabetes.

Professor Susan Moore and a team of researchers from Swinburne helped the health department design the trial and participant surveys, including questions about mood, motivation and mental attitude.

The team also evaluated the results from the two different treatment groups - one featuring 'community healthy lifestyle meetings' and the control group comprising people left to their own devices for six months with little outside assistance beyond their standard GP care.

They looked at what the participants, their diet and lifestyles were like, both before and after the program to evaluate whether diagnosis by itself was enough to encourage them to take action, or if a community 'healthy living' group program could be an additional motivation.

The healthy living course involved between six and 12 participants in a group meeting once a week for the first four weeks where the basic structure of how to live healthily and improve fitness, diet and weight was discussed. These groups met again after three months and six months.

At the end of the study, blood tests revealed 43 per cent of those involved in the healthy lifestyle group courses had successfully reversed their pre-diabetes condition.

Only 26 per cent of the control group achieved the same result.

The average weight of those in the lifestyle program group dropped from 81 kg to 78 kg, and their waist circumferences reduced from 97 cm to 94 cm.

The weight of the control group changed minimally from 82 to 81 kg, while their waist measurements stayed fixed at an average 97 cm.

Moore believes simply supplying patients with educational information and emphasising the need for lifestyle change - even if it follows the warning of a pre-diabetes blood result - may not be enough for many people.

"Just as important may be each person's psychological make-up, their motivation to change and their self-belief in being able to alter their medical fate," she said.

Moore also suspects the social aspect of the group support programs could be a key to the excellent outcomes.

"The participants seemed to really enjoy the meetings and the opportunity for social interaction and the support they offered, which was clear by the very few people who dropped out of a program that was six months long. Clearly too, the facilitators did a great job at involving everyone and communicating their message in a positive and supportive way."

The findings will be published in an article in Psychology and Health. The online version is available here.

GLYCEMIC INDEX (GI) is a scale which helps to rank carbohydrate- rich foods, depending on how they affect blood glucose levels, by comparing them to glucose.
Advertisement
<< Early Neuropsychological Treatment For Traumatic Brain Inju...
Immune Cells Spread The Word Over Invader! >>