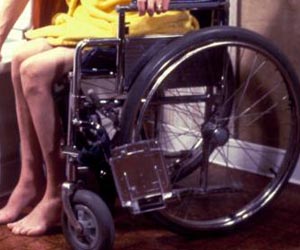 In Europe, one in four women and one in six men aged 65 and above is expected to be living with a physical disability by 2047, according to an analysis published in the journal BMJ Open.

The proportions of those affected are set to change little over the next 30 years, despite the overall expected increase in longevity, the projections show. But the absolute numbers will rise significantly as European populations age.

Advertisement
‘In the next three decades, men and women aged 65 and above will be expected to have a long-term health issue that will severely restrict activities of daily living.’

This is likely to have considerable implications for the provision of supported care and the training of healthcare professionals, warn the researchers.


They base their findings on SILC (EU Statistics on Income and Living Conditions) survey data on 26 high and middle-income European countries, collected annually between 2008 and 2014, and sex-specific life expectancy tables and population projections from 2015 to 2050 provided by the United Nations.
Advertisement
The nationally representative SILC survey does not cover people in care homes, but it includes a question on long-term health problems that restrict routine activities of daily living. The researchers focused on the responses from those aged at least 55, up to the age of 85+.

They combined all the data to calculate remaining life expectancy free of severe limitations on physical function (healthy life years) by sex, age, and country, to predict the proportion of older people whose daily lives would be severely restricted as a result of long-term health issues.

They took account of cultural differences and the generosity of welfare systems, both of which may influence those who identify themselves as physically incapacitated.

The analysis confirms the findings of other studies, say the researchers: more women than men reported severe limitations in the physical capacity as a result of long-term health issues in all the countries studied. Women tend to live longer than men.

However, both men's and women's health seemed to worsen with increasing age at the same pace.

The figures also indicated wide variations in the self-reported health of older adults for both sexes.

For example, around one in 10 Swedish women over the age of 65 said their daily lives were severely restricted by health issues, compared with around one in three of their peers in Slovakia.

But on the basis of the calculations, by 2047 around one four (21%) women and around one in six (just under 17%) men aged 65 and above will be expected to have a long-term health issue that will severely restrict activities of daily living.

The proportion of the 'unhealthy' population was very similar across the 26 countries, once cultural differences had been accounted for. This is expected to remain fairly constant over time, even though life expectancy is set to increase, the figures suggest.

"It might require several measures to accommodate the needs of an increasing number of people with activity limitations such as expanding infrastructure for disabled people in the public as well as private sectors, training of medical specialists and care professionals."

Muscle Wasting Occurs Rapidly Among Critically Ill Patients: Study
A study was conducted to characterize and evaluate the time course and pathophysiology of acute ......

Safe Method To Improve Stamina in Athletes
Stimulating the brain with mild electrical current was found to improve the endurance of athletes .....