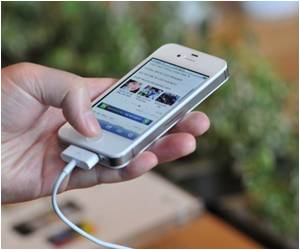 According to a research, mobile phone monitoring in people with rheumatoid arthritis increases the likelihood that people with the disease will follow treatment.

The research was presented this week at the American College of Rheumatology Annual Meeting in Washington, D.C.

The overall mortality rate in the U.S. for all pediatric patients with rheumatic diseases was not worse than the age and sex-adjusted population
Advertisement

Rheumatoid arthritis is a chronic disease that causes pain, stiffness, swelling, limitation of motion and loss of function of multiple joints. Though joints are the principal areas affected by RA, inflammation can develop in other organs as well. An estimated 1.3 million Americans have RA, and the disease typically affects women twice as often as men.


Early treatment that aims for rapid remission with no signs and symptoms is crucial to prevent fully developed rheumatoid arthritis. Previous studies suggest that repeatedly monitoring RA symptoms and treatments will improve the disease and patient quality of life. However, limited resources that may impact the availability of regular doctor visits may prevent people with RA from receiving close monitoring for the disease. Finnish rheumatologists recently examined whether mobile phones coupled with patient surveys could help in controlling RA.

A new study has analyzed the approach of rheumatology in pregnant patients
Advertisement
The research team led by Kari Puolakka, MD, PhD, lead investigator of the study and chief of department of rheumatology at Lappeenranta Central Hospital, Lappeenranta in Finland, developed an automatic cell-phone based monitoring system called Showing any need for Re-Assessment (also called SandRA). Patients with a new diagnosis of RA were registered into the program. After the registration, SandRA sent automatic text messages to participants every two weeks for six months. Participants were advised to answer each question by pushing one button for yes or no, using the phone keypad. The first two questions asked participants about medications. Questions included, "Have you used the prescribed drug treatments?" and "Have you experienced any problems with the drug?". These questions were repeated between doctor visits to improve adherence to the treatment plan and to identify patients who had any problems with medications.

After six weeks of follow-up, SandRA automatically queried about disease activity with a question, "What is the severity of RA on scale zero to 10, when zero corresponds [with] absence of RA symptoms and 10 as severe RA symptoms as you can imagine?". Based on data from previous Finnish early RA studies, a treatment target for each patient was initially set at less than or equal to 5/10 which indicates moderate symptoms, and as treatment progressed at less than or equal to 3/10, which indicates mild symptoms, in order to reach a target of less than or equal to 2/10 (almost or totally without symptoms) at six months.

SandRA automatically communicated with each patient throughout six months. In a case of an answer that indicated a problem with medications or too high disease activity, SandRA sent an alarm e-mail to the treating rheumatology clinic, which then contacted the patient and adjusted medication or arranged an earlier visit if needed.

One hundred and thirty seven patients were registered in SandRA with their regular doctor appointments scheduled at three and six months. SandRA was able to identify patients whose disease activity was not at target; these patients were re-assessed before their regular appointments, with adjustments of medications when appropriate. At the end of the study, roughly two-thirds of the patients achieved the treatment target set at less than or equal to two (i.e., patients were almost or totally symptomless).

"These preliminary results suggest that by utilizing a simple technical device, [a] cell-phone, which almost everyone has, communicating automatically with software, helps us identify patients with early RA who have problems with medications. We can also pick out those patients, who are not likely to reach remission, for re-assessment and treat them more effectively," says Dr. Puolakka.

Funding for this study was provided by the research foundation of Lappeenranta Central Hospital.

Ankylosing spondylitis is a rheumatic disease that causes arthritis of the spine and sacro iliac joint.
Advertisement
<< Sperm Donor 'Vicky' Turns Blood Donor
Benefits Of Bisphosphonates In People With Osteoporosis >>

Rheumatoid Arthritis
News Archive
News Resource
Advertisement
News Category
Why Do Astronauts Lose Bone Density? Can Carbon Monoxide Help Fight Inflammation? Can the Monkeypox Virus Spread Through Surface Contact? How Did the Baby and Womb Connection Develop in Mammals? Is Drought Associated With Increased Diarrhea Risk
More News
Sign up for Wellness Consult a Doctor Sign up for Selfcare