Mobile Phones and Their Towers Do Not Cause Cancer 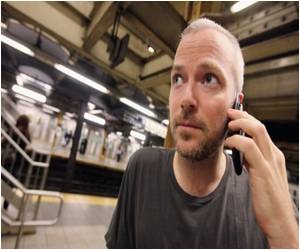 The Delhi Medical Association (DMA) rubbished reports that cancer is caused by radiation emitted from cell phones and their towers.

"Radiation from mobiles and mobile towers pose no threat to the health or cause cancer as it is commonly believed," DMA president Anil Agarwal said at a press conference here.

"The radiation waves are too weak too cause such a deadly disease and moreover there are no empirical findings to establish that mobile tower radiation causes cancer or any such disease," he said, adding the medical experts from the DMA have come to this conclusion after reviewing the study done by the World Health Organization (WHO).


The WHO conducted a research where they had consulted 4,50,000 cellphone users in the past 13 years, but had not been able to provide support for any relationship between the emission of radiation from mobile phones and cancer, said P. Ramakrishna, a consultant on electro-magnetic fields (EMF).

Even the study done by US' National Cancer Institute shows no increased risk for brain tumours from cell phone use, he added.

Mobile Phones can Now Screen Water for Mercury Contamination
You can now check whether water has been contaminated with mercury with the help of your mobile ......

Over 60 Percent Americans Use Mobile Phones to Access Internet
More than 62 percent of Americans make use of their mobile phones to access the internet, a new ......

Mobile Phones may Reveal Owners' Level of Happiness
Mobile phones can be used to find out owners' sense of well-being....

Mobile Phones Soon to be Urine-Powered
Researchers have finally discovered a new source of green energy to power our mobile phones with- .....

Five Places You Shouldn´t Store Your Cell Phone
Increased use of mobile phones has caused growing concern about the link between cell phones and can...