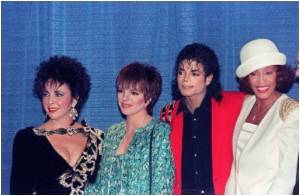 Fiddes, of Barnstaple, Devon, is set to tell Australian TV he fathered the eight-year-old by sperm donation for nothing, turning down a whopping 500,000 pounds offer from the superstar.

He has told pals he will fight for custody in case anything happens to Jacko's mum Katherine.


"There is a strong resemblance and the dates match. He offered me a lot of cash but I turned him down as he was my good friend," News Of The World quoted Fiddes as saying.

World-famous self-help guru Deepak Chopra believes his friend Michael Jackson could not have died of drug addiction, as he was a very controlled addict .
Advertisement
<< Reports Indicate There are 400,000 Pregnant Women Among Flo...
A New Look at Racial Disparities in Head and Neck Cancer >>