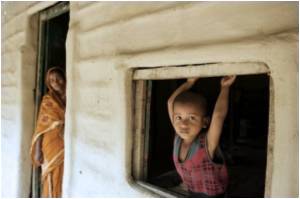 The health authorities in Kashmir are seizing ultrasound scanners and enlisting religious leaders in an effort to save unborn baby girls from a shocking rise in female foeticide.

The issue has united politicians, clerics and social activists in Jammu and Kashmir, a state best known for the deep, blood-stained divides caused by a 20-year-old Muslim separatist insurgency against Indian rule.

Provisional 2011 census data released at the end of March painted a bleak picture of India's gender imbalance, with a national child sex ratio of just 914 females to 1,000 males, the lowest figure since independence in 1947.

"We never expected such a drop," admitted Yashpal Sharma, the Kashmir head of the National Rural Health Mission.

The global sex ratio is 984 girls to every 1,000 boys, according to United Nations population data.

But married women in India face huge pressure to produce male children, who are seen as breadwinners while girls are often viewed as a financial burden as they require hefty dowries to be married off.

The sharpest declines in the ratio were in the towns of the Muslim-majority Kashmir Valley, heartland of the armed insurgency against Indian rule that began in 1989.

"It is a matter of shame that Kashmiri Muslims are aborting their girl children," said Kashmir's top cleric, Mirwaiz Umer Farooq, who heads an alliance of moderate political separatists.

Stressing that the practice was profoundly "un-Islamic" Farooq said everyone in the valley had to be conscripted in the battle against this "moral corruption."

Yasin Malik, head of the pro-independence Jammu and Kashmir Liberation Front, was equally forceful in denouncing an "undesirable and unethical trend" which he said was dragging the region back into the Stone Age.

"According to the Koran and traditions of Islam, foeticide is a grave unpardonable sin equivalent to murder. We cannot claim to be Muslims while indulging in this heinous crime," he said.

The first reaction of the Kashmir authorities to the census figures was a crackdown on the unlicensed use of ultrasound scanners.

Determining the sex of a foetus is illegal in India, but many clinics offer the service for a small fee, fuelling the demand for sex-selective abortions.

Lightweight, portable ultrasound machines mean tests can be carried out even in the most remote villages.

Sharma said close to 100 scanners had been seized in the initial crackdown, but added that long-term solutions were also needed.

"We are roping in religious and community leaders in our campaign. We have already sent 700 letters to various leaders -- both Muslims and Hindus," Sharma said.

"It is civil society as a whole, and religious, political and social activists in particular, who have to play their part and make the people aware of this crime," he said.

But Nusrat Nazir, a college lecturer, said efforts to empower women and overcome the social bias towards sons were often undermined by the dowry system, which brought a stark financial factor into the equation.

"These are not issues of governance but ethos, culture and values that our society holds. We have to make efforts to change society, for the better," Nusrat said. "Dowry is a resident evil."