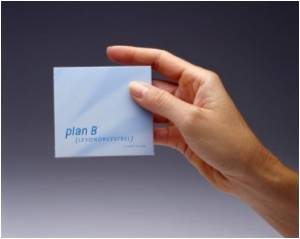 Women fear using the "morning after" pill, owing to misinformation about how it works and where they can get it, revealed reproductive health experts.

In the first national study of women's use of emergency contraception since it was made available over the counter, it has been found that majority of women do not know they can buy it without a prescription.

In fact, they also had many inaccurate beliefs.


A third believed it caused an abortion and nearly two-thirds thought it could lead to birth defects if it did not prevent pregnancy.

Melissa Hobbs, the study leader and researcher at La Trobe University's Mother and Child Health Research Centre said that emergency contraception works by using hormones to convince the body to delay ovulation and it would not damage a foetus if it failed as contraception.

Interesting information about the use of birth control pills, a debate about the birth control responsibility of men and women and development of hypothetical male contraceptive pill.
Advertisement
Because it is known as the morning after pill, many believed it could only be taken literally the morning after sex when in fact it can be used relatively effectively for up to five days.

"But I suppose the most surprising thing was that less than half the women knew it was available from the pharmacy without a prescription. Making it available over the counter was a great policy but without providing [women with] information it won't work," the Sydney Morning Herald quoted Hobbs as saying.

The pill was first recommended for over-the-counter sale by the National Health and Medical Research Council in 1997, but pro-choice advocates fought for seven years before the recommendation was implemented.

Anti-abortion groups and some doctors argued selling it at pharmacies would encourage promiscuity and discourage safe sex.

The research showed that those arguments were untrue, said Hobbs.

Her study surveyed about 630 women aged between 16 and 35 of whom 26 per cent had used emergency contraception.

The most common reason for not using it was they did not think they would get pregnant despite having unprotected sex.

Leslie Cannold, a spokeswoman for Reproductive Choice Australia, said many women lacked understanding of how their bodies worked.

The study is published in the journal Contraception.

Birth Control Implant is a long-acting birth control contraceptive inserted into the arm. It is a safe and ...

An intrauterine device is a long-acting birth control coil inserted into a women''s uterus to prevent ...