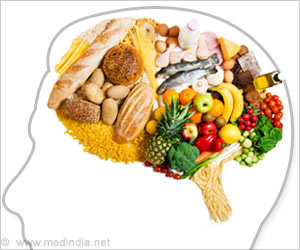 'Mindfull', the first science-based food guide cookbook for the brain has been introduced by a team of Baycrest scientists. The first Canadian Brain Health Food Guide is now available to aid adults over 50 in preserving their thinking and memory skills, as they age.

"There is increasing evidence in scientific literature that healthy eating is associated with retention of cognitive function, but there is also a lot of misinformation out there," said co-author Dr Carol Greenwood. There is not a lot of evidence about individual foods, but rather classes of foods, said Greenwood.

Older adults are encouraged to eat berries or cruciferous vegetables, such as cauliflower, cabbage and Brussels sprouts, rather than a specific type of berry or vegetable.


The easy-to-read food guide, co-authored with Dr. Matthew Parrott, a former RRI post-doctoral fellow, in collaboration with nutritionists involved with the Canadian Consortium on Neurodegeneration in Aging (CCNA), provides the best advice based on current evidence.

Drinking alcohol has a variety of damaging effects on the immune system and organs which can be worsened by pre-existing conditions.
Advertisement
Research has found that dietary patterns similar to those outlined in the Brain Health Food Guide are associated with decreasing the risk of developing Alzheimer's disease by 36 per cent and mild cognitive impairment (a condition likely to develop into Alzheimer's) by 27 per cent.

Some tips suggested by the Brain Health Food Guide include to focus on an overall pattern of healthy eating, not one specific "superfood" for brain health Eat fish, beans and nuts several times a week; include healthy fats from olive oil, nuts and fish in one's diet; add beans or legumes to soups, stews and stir-fried foods; and embrace balance, moderation and variety.

A new study finds that regular exercise boosts teenagers' school grades. The more physically active they were, the better children performed in school, reveal findings.
Advertisement
<< ISOT Meet in Chennai: Asian Perspectives On Organ Donation a...
Timely Detection of Any Diseases is Beneficial >>