Millions of Europeans at Risk of Chronic Digestive Diseases 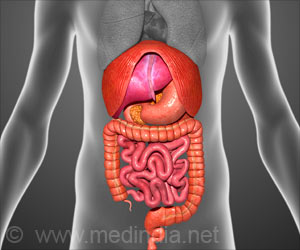 Millions of Europeans are at an increased risk of a range of chronic digestive diseases, including digestive cancers, wheat related disorders and functional GI disorders, as well as obesity due to poor nutritional choices, including a high intake of ultra-processed foods and trans-fats, reported study.


‘The European Commission and national governments need to act now on initiatives to change the way in which we buy and consume food, having in mind that we should be able to achieve a European-wide transformation to healthy diets by 2050.’


The report outlines how ultra-processed foods, which are often high in fat, added sugar and salt, now frequently contribute to up to half of modern European energy intake and, in some countries, over 75% of mean energy intake.

In addition to a raised risk of chronic diseases, high consumption of these foods also increases the prevalence of obesity. Alarmingly, over half (52%) of the EU's population aged 18 and over is now overweight or obese and 1 in 3 of Europe's school children are estimated to be overweight. "Obesity, often driven by poor nutritional choices, increases the risk of a range of serious digestive health conditions and causes a significant healthcare burden, high societal costs, misery for patients and, ultimately, shortens lives", explains Professor Markus Peck, Department of Internal Medicine and Gastroenterology at Klinikum Klagenfurt am Wörthersee, Austria. "Healthy balanced diets and lifestyles can help prevent chronic digestive diseases but the difficulty we face is ensuring our citizens make the right choices in following these lifestyles."

An Action Plan for Europe

The report makes a number of recommendations in order to reduce the risk and impact of chronic digestive diseases, including:

Less than 10% of total daily energy intake of saturated fats

Less than 1% of total daily energy intake of trans-fats

Less than 5g of salt per day

"If we are to fight the burgeoning prevalence of overweight, obese and unhealthy people in Europe, and the healthcare burden and loss of life that it brings, then we must act now", concludes Professor Peck.

Elderly With Gastroesophageal Reflux Disease at Risk for Aero-digestive Cancers
Elderly individuals with gastroesophageal reflux disease have an increased risk for cancers of the upper respiratory and digestive tract.
READ MORE

Long-Term Aspirin Use Reduces Incidence of Digestive Cancers
Colorectal, gastric and pancreatic cancer are among the top 5 cancer killers throughout Europe, with digestive cancers representing 30.1% of cancer deaths.
READ MORE