Migrants Looking for Better Lives May Not Find Happiness 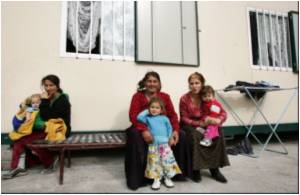 "Economic migrants", a new study by a sociologist suggests, seeking a better life might end up being less happy.

The grass might not be greener on the other side of the border, the study from the University of Leicester has found.

Economic migrants traveling to different shores for greater income could be set for disappointment - because the pursuit of wealth does not equate with happiness, suggests the research.


Sociologist Dr David Bartram sought to establish whether those people who were motivated by higher incomes in a wealthy country actually gain greater happiness via migration.
Advertisement
He also examined whether these economic migrants might have exaggerated expectations about what they will achieve and experience, such that there is some significant disappointment.

Dr Bartram, of the Department of Sociology, said: "The study of happiness tells us that people generally do not gain greater happiness from earning higher incomes - which suggests that migrants might be mistaken in believing that they will be better off if they can move to a wealthy country."

It has been published by Social Indicators Research online on 27th August and will be printed next year.

British Restaurateurs in Soup With New Immigration Rules
The curry, spicy and steaming hot, eaten with naan bread and cold beer, has been popular as a ......

Immigration Could Also Mean Less Crimes!
Giving the lie to the xenophobic anti-immigration lobby, researchers have shown that immigration ......