Many migrant workers in South Korea are abused, trafficked for sexual exploitation or denied wages despite the introduction of rules for their protection, Amnesty International said Wednesday.

South Korea became one of the first Asian countries to recognise the rights of migrant workers when it implemented the Employment Permit System (EPS) in August 2004.

Like millions of Chinese children, 16-year-old Song Yuedong sees his parents just once a year. As China's army of migrant workers toil to build their nation's future, children like
Advertisement 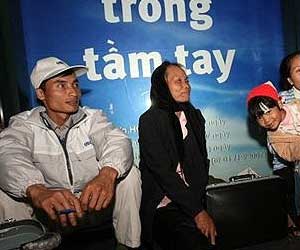 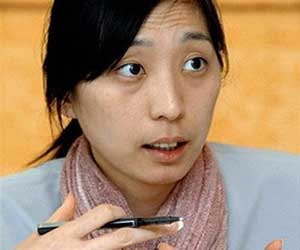 "Now, five years into the EPS work scheme, migrant workers in South Korea continue to be at risk of human rights abuses and many of the exploitative practices.... still persist," the rights group said in a report.

"What is lacking is the implementation," she told a news conference. "There is not enough monitoring on workplaces... when abuses do take place, nothing is done to rectify them."

Singapore- a Silent Haven for Women Trafficked for Prostitution

Three weeks after having her appendix removed last year, Filipina bar girl Camille was forced by her pimp back to work as a prostitute in Singapore.
Advertisement
Migrant workers still incur large debts to pay exorbitant fees to brokers but find on arrival that jobs are different from what was promised back home, the report said.

They are barred from changing jobs without their employer's permission.

Amnesty said migrants often have to operate heavy machinery or work with dangerous chemicals with little or no training or protective equipment, and suffer a disproportionate number of industrial accidents.

"Interviews that we had with migrant workers (showed) that they all had some form of industrial accident" ranging from minor to quite severe, Muico said.

Women migrant workers are particularly at risk, the report said. "Many are sexually assaulted or harassed by the management or their co-workers."

At some entertainment venues including establishments in US military camp towns, women with entertainment visas were expected and at times forced to have sex with customers.

In one case, a 39-year-old Philippine woman identified only as JA was told by her promoter in the Philippines that she would be working as a singer.

"All I did was talk to customers -- American soldiers -- and get them to buy me drinks. I was forced to fill a drinks quota. That was my job. Upstairs, there were rooms with beds where customers could have sex with the bar girls," she was quoted as saying.

"The club owner tried to force me to have sex with the customers by threatening to send me back to the Philippines but I refused and told him that I would rather go back home," JA was quoted as saying.

The report said South Korea had about 680,000 low-skilled migrant workers in September 2008, mostly employed in manufacturing, construction, agriculture and other industries.

Most were Vietnamese, Filipinos, Thais or ethnic Koreans from China.

Of the total an estimated 220,000 were irregular workers and authorities had launched a "massive and sometimes violent" crackdown to try to halve this number by 2012.

Amnesty urged the government to carry out rigorous inspections to ensure migrants' rights are observed, to protect female migrant workers and to stamp out sexual exploitation and harassment.

It called on the government to allow irregulars to remain while seeking compensation for abuses by employers, and to ensure that immigration authorities obey the law when cracking down on illegals.

Shakeel Ahmed, 28, walks about listlessly in a room at a government hospital as three policemen watch over him.
Advertisement
<< Families Divided as Bhutan Refugees Start New Lives
A Few Coffees a Day Keep Liver Disease at Bay: Study >>

Nervous Tic
News Archive
News Resource
News Category
Milestone In Voluntary Blood Donation Achieved Samsung Reinvents Toilet for the Poor Which is a Better Form of Exercise: Daily or Weekly? First Phase of Foot-and-Mouth Disease Vaccination Shocking News: Polio Cases Return After a Decade in the US
More News
Sign up for Wellness Consult a Doctor Sign up for Selfcare