Migraines Can be Treated With Surgery 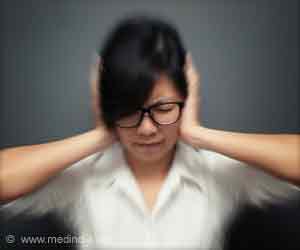 People living with a migraine can undergo surgery to treat the condition, revealed a study conducted by doctors from AIIMS Delhi and Srinagar military hospital.

Migraines are a common and debilitating neurological condition affecting nearly 20 percent of the world's population.

Advertisement
‘Women are more likely to develop migraines than men and a complete elimination of a migraine is seen a year after the procedure.’

A migraine, a neurological disease is often accompanied by nausea and sensitivity to light and sound. A severe throbbing recurring pain often occurs on one side of the head. In 1/3 of migraine attacks, both the sides are affected, and the condition remains undiagnosed and undertreated in at least 50 percent of patients.


About 14 (46.7%) out of 30 patients who had the surgery were found to have a complete elimination of a migraine after a year.

The research team revealed that an equal number of patients were found to have relieved from symptoms a year after the procedure.
Advertisement
The results of the study were published in the Journal of Craniofacial Surgery revealed that only two (6.6%) patients failed to notice any improvement.

Dr. Anson Jose, the maxillofacial surgeon at Srinagar's military hospital, who led the study said that surgery involves removing few muscles from the forehead or temples that triggers the attacks by compressing neighboring nerve branches.

Surgical treatment of a migraine on trial basis is being carried out abroad, and very few attempts have been made in India.

Dr Ajoy Roychoudhary, professor and head, division of oral maxillofacial surgery at Centre for Dental Education and Research at AIIMS said, "While patients are given botox injections at the trigger site, there is at least a 50 percent reduction in frequency and intensity of pain, surgical removal of these muscles provides long-term relief."

"Bahman Guyuron, a US-based plastic surgeon, observed that many of his patients, who were also suffering from a migraine, reported the significant reduction in a headache," added Dr. Roychoudhary.

He also said that these findings led to the beginning of research in this field. However, surgery might not be a solution for all.

Botox Found to Be the Best Treatment for Migraines
Severe chronic migraine can be debilitating, but botox offers a safe treatment option which can ......

Is Migraine Linked to Depression and Anxiety?
People with severe depression and anxiety symptoms experience more frequent migraines. Lack of ......

Chili Peppers may Aid Millions of Migraine Sufferers
Similarities between body's response to chili oil and the chemical pathways leading to migraine are ...