Migraine Sufferers Have Higher Concentrations Of Sodium in their Brains 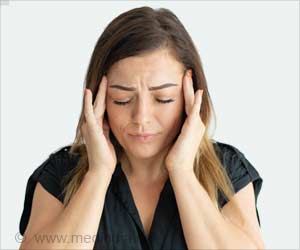 A link existing between migraines and the distribution of sodium in the brain has been recently found out by a group of US researchers. The study's finding could be an essential key that could lead to future treatments for millions of people affected by migraines.

Migraine is a chronic disorder characterized by headache, nausea, vomiting or sensitivity to light and sound.
Advertisement
‘People suffering from migraines have higher sodium concentrations in their cerebrospinal fluid than those who do not have the condition.’
Tweet it Now

They found that there was increased sodium in the brain stem long before the rats showed any sign of having a migraine, according to the study published in the journal Pain.


"The importance of these findings is that they further emphasize the role of sodium increase early in migraines and help point to the region where migraine symptoms may be starting," said Michael Harrington director of neurosciences at Huntington Medical Research Institutes -- a California-based non-profit organisation.

Biofeedback is a feedback system where changes in physiology are detected and controlled. It helps in treatment of many disorders, especially psychosomatic ones.
Advertisement
Previous studies have showed that migraine sufferers have significantly higher sodium concentrations in their cerebrospinal fluid than people without the condition.

Scientists have found that a number of different health scenarios seem to trigger migraines including anxiety, stress, exposure to light and hormonal changes.

According to the World Health Organisation, a large number of people with headache disorders are not diagnosed and treated - worldwide only 40 per cent of those with migraine are professionally diagnosed.

Besides the painful headache, the condition is also disabling. In the Global Burden of Disease Study, migraine was ranked as the sixth highest cause worldwide of years lost due to disability.

Menstrual migraine refers to severe headaches occurring in women two to three days before onset and during periods, and is related to hormonal fluctuations.
Advertisement

Medication-induced headache (MIH) or a medication-overuse headache (MOH) is a condition where a patient ...

A headache literally means pain in the head. It is a common complaint that may occur frequently in ...

A headache could vary in features according to the cause.