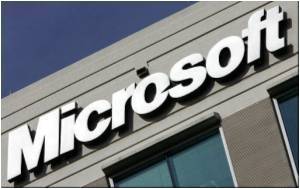 Microsoft has apologized and removed the software code that reads "big boobs" after a developer unveiled it, according to a report.

A hexadecimal value '0xB16B00B5' was found in software that allows Microsoft programs to work with Linux, the open source operating system.

Facebook is teaming up with Microsoft in a bid to drive paedophiles away from its service.
Advertisement

The move prompted widespread criticism of Microsoft and debate over whether a "boys club" culture deters women from entering the software industry, The Telegraph reports.


According to the paper, the software firm immediately apologized for the inclusion of the term and updated the code to remove it.

"We thank the community for reporting this issue and apologize for the offensive string," a spokesman for the firm told the IT news website Network World.

According to the paper, it had also emerged that a similar reference, '0x0B00B135' or 'boobies', appeared in an earlier version of the same software code.

The issue was first raised last week by Paolo Bonzini, a contributor to a Linux developers' mailing list.