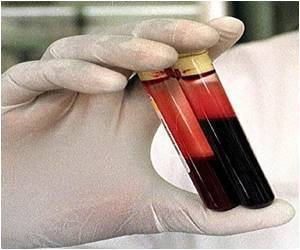 Scientists believe the microbots, which are less than one millimeter in size, might someday be able to travel throughout the human bloodstream to deliver drugs to specific targets or seek and wipe out tumours, blood clots, and infections that are otherwise not easily accessible.

Ultrasound scan reveals multiple cysts and there is no function on that kidney when tested on DMSA scan. A vast majority of them resolve spontaneously.
Advertisement

One challenge in the deployment of microbots, however, is developing a system to accurately 'drive' them and manoeuvre them through the complex and convoluted circulatory system, to a chosen destination.


Now, researchers from Korea's Hanyang University in Seoul and Chonnam National University in Gwangju describe a new navigation system that uses an external magnetic field to generate two distinct types of microbot movements: 'helical', or corkscrew-like, motions, which propel the microbots forward or backward, or even allow them to 'dig' into blood clots or other obstructions; and 'translational', or side-to-side motions, which allow the 'bots to, for example, veer into one side of a branched artery.

Rivaroxaban is an oral anticoagulant or blood thinner that is more convenient to use with a better safety profile compared to currently used warfarin or heparin.
Advertisement
In lab tests, the researchers used the system to accurately steer a microbot through a mock blood vessel filled with water.

The researchers have said that the work could be extended to the 'precise and effective manipulation of a microbot in several organs of the human body, such as the central nervous system, the urinary system, the eye, and others.'

Ureteroscopy is an endoscopic procedure that clears stones from the ureter or the kidney.
Advertisement
Advertisement

An abnormal blood clot forms when there is damage to the lining of an artery or stagnation of blood in a ...