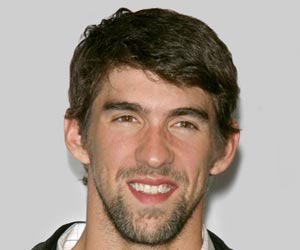 The 27-year-old, who's the most successful Olympic athlete in history with 22 medals, says he keeps his body ripped with his gruelling daily 5-hour workouts, reports Men's Health.

To fuel the workouts, Phelps reportedly sticks to a 12,000-calorie daily diet that includes three fried-egg sandwiches topped with cheese, one five-egg omelet, a bowl of grits, three slices of French toast, and three chocolate-chip pancakes for breakfast.


Martial arts instructor Lee came in at number two on the list, the Daily Mail reported.

For most of his career, the late actor weighed only 125 pounds, was only 5-foot 7-inches tall and had a 26-inch waist, but had a stunning physique, thanks to him being an early pioneer of resistance training and core-strengthening, which is wildly popular now.

Michael Phelps does not 'count calories' when he wants to eat something, the swimming champion revealed.
Advertisement
Schwarzenegger was named the third most fittest man by the magazine.

The list of Men's Health top 20 fittest men ever are:

US Swimmer Michael Phelps Not to be Charged Over Smoking Bong

Golden Olympian Michael Phelps Has Apologizes to His Chinese Fans

As many of you know, I recently engaged in behaviour which was regrettable and not what people have come to expect from me, said Phelps to media.
Advertisement
News A-Z
A B C D E F G H I J K L M N O P Q R S T U V W X Y Z
What's New on Medindia