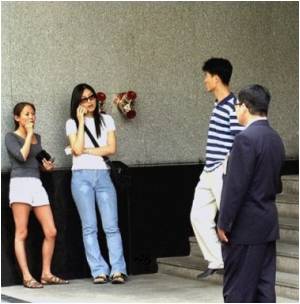 A report has said that the US crab industry is exploiting Mexican women.

Veronica Ramirez-Rangel's fingers moved quickly, piercing the hard shell of a Maryland blue crab with a knife, scooping out the cooked flesh and placing it in plastic containers. 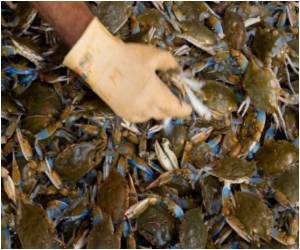 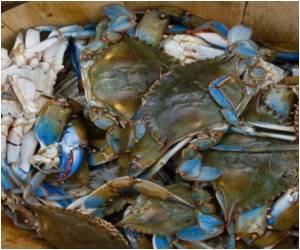 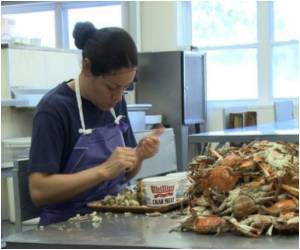 US guest worker program, a model for reform?


Over and over, Ramirez repeated the same movement until she had "picked" 18 pounds (eight kilograms) of crabmeat, which at 2.50 dollars a pound meant she had earned 45 dollars.


This is the fifth year that 37-year-old Ramirez-Rangel has left her family behind and joined hundreds of Mexican women who come here on guestworkers' visas to pick crab. At a stainless steel table nearby, Candida Ponce-Recendis, 39, has been coming for 15 years.

Now, the women fear their source of income could be in danger after a report by the Washington College of Law and Centro de los Derechos del Migrante (Center for Migrant Rights) alleged that foreign crabpickers live and work in dire conditions and are pushing US workers out of jobs.

Forty-three women were interviewed for the report, which says it has documented "the experience of living in Maryland and working in the crab industry."

One of the women, Elisa Martinez, recounted at the launch of the report last week how she had come to the United States from Mexico on an H-2B guestworker visa in 2000 to work as a crabpicker, lured by a Mexican recruiter's promise of "work and a nice house to live in."

"When we arrived, the reality was different. There was no house. We lived eight of us in a small trailer," Martinez said.

"There were rats and cockroaches in the kitchen. We didn't have a washing machine to wash our clothes," she said.

She and her colleagues were paid by the pound of meat picked, and because of the unpredictability of the crab harvest, they sometimes went weeks without work or paychecks.

That meant they were unable to send money back to their families in Mexico, which was the reason for coming to the United States in the first place.

"We come here because there's no work in Mexico. We simply want to give our families a better life," said an emotional Martinez.

The report, called "Picked Apart", not only said Mexican women crabpickers are underpaid, overworked and have no way of enforcing their rights, but also that they are taking jobs from Americans.

"There's a comment that says these people fill jobs Americans won't do. But African American workers who were in the crab industry are being displaced" by seasonal workers on H-2B visas, Eddie Acosta of the AFL-CIO federation of labor unions told AFP at the launch of the report.

That's not so, said Jay Newcomb, manager of the processing plant where Ramirez and Ponce work alongside more than a dozen other Mexican women.

"We've tried any number of ways to get Americans but very few show up. If they fill in an application, they never show up for work," said Newcomb, who was the first employer on the eastern shore to bring in women workers from Mexico to pick crab during the season, which runs from April until November.

Newcomb has been bringing in seasonal workers to pick crab every year since 1990, or four years after the guestworker visa program was introduced.

If guestworkers stopped coming, the crab industry would lose 9.5 million dollars in direct revenue, it added.

Newcomb agreed the crab industry would be sunk without the foreign workers, but he slammed "Picked Apart" as "one-sided."

"This report was so devastating, so bad, but they didn't even bother to come and talk to us. If it's as bad as they say, why do we have workers who come back 15 years?" said Newcomb, who is president of the county council that covers much of the eastern shore.

According to the US Department of Labor, H-2B workers must be given a full-time temporary position in a non-agricultural field and be paid the legal minimum or "prevailing" wage for the work they are hired to do, whichever is higher.

Employers may not deduct recruitment costs or any fees related to obtaining the temporary visas from the workers' pay packets.

Unlike a similar program for seasonal agricultural workers, the H-2B program does not require employers to provide workers with housing, but because Maryland's crab industry is based in remote communities, employers do provide accommodation.

Ramirez and Ponce live in shared digs above the factory where they work, paying six dollars a day in rent, but only on the days that they work.

The lodgings were clean, well-equipped and comfortable, even if some of the rooms were a little cramped, with four beds stretching almost wall to wall.

Opponents of the guestworker program say it is full of loopholes and ripe for abuse by employers.

But Bill Sieling of the Chesapeake Bay Seafood Industries Association said the guestworker program was "terrific for everybody."

Ramirez was concerned the report would spell an end to the guestworker program. "This is hard work but we want to keep it," Ramirez said. "We want to work, but there is no work in Mexico."