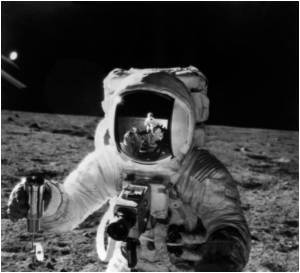 On October 14 in Manhattan, fragments of Mars, the moon and asteroids that have fallen to Earth will be put up for sale.

More than 125 items will be displayed in what auction house Heritage Auctions is claiming as the largest public meteorite auction ever held.

The European Space Agency (ESA) has embarked on a 'Don Quijote' mission that would chart out the trajectory of small asteroids in line with a collision with Earth in the future.
Advertisement

Taken together, every single meteorite known to exist would weigh significantly less than the world's annual output of gold, said Darryl Pitt, the meteorite consultant for the auction.

Bits of Mars and the moon are much more rare, but they, too, have been launched by asteroid impacts. About 150 pounds (68 kilograms) of moon meteorites are known to exist, and none has been found in Europe or the Americas. About one-quarter, however, have been found by scientists on the cold desert of Antarctica, according to auction materials.

British Scientists Submit Plans to Save Earth from Asteroid Collision

British space scientists and engineers have submitted a detailed plans for a mission to help divert an asteroid that could collide with Earth in 2036.
Advertisement
Mars' rocks present a particular challenge to identify, because humans haven't been able to bring Martian rocks back to Earth, as has happened with moon rocks. However, scientists do know the composition of Mars' atmosphere, and they have matched it to the composition of pockets of gas contained in some meteorites, confirming their Martian origin.

Next month's auction is slated to feature meteorites from both places, including a fragment of the Tissint meteorite, which fell in Morocco in July 2011; the fragment came from a larger specimen owned by the Natural History Museum of London.

The auction also includes two halves from a 4-pound (1.8-kilogram) lunar meteorite that is the fourth largest available for private ownership.

A meteorite has no value until it has been authenticated by meteoriticist, a scientist who studies meteorites. To examine a meteorite, a meteoriticist must look at the rock's internal matrix by cutting away a piece. As a result, all meteorites must be cut, except those that fall as part of the same meteor shower, Pitt said.

A description of the meteorite and its name are then published.

A backstory can also make a meteorite more valuable to collectors; for instance, meteorites seen falling from the sky are more valuable than those discovered only after they are on the ground, Pitt said.

The auction is scheduled to take place on Sunday (Oct. 14) at the Fletcher-Sinclair Mansion at 2 East 79th Street, Manhattan.

Researchers Say Life Could Have Come from Outer Space

Microorganisms that crashed to Earth embedded in the fragments of distant planets might have been the sprouts of life on this planet, suggests researchers.
Advertisement
<< Study Reveals How Your Hands Feel What You See
Drivers Using Sat Navs may be Blind to Pedestrians on the R... >>

Scientists Set Back Clock on Origin of Life